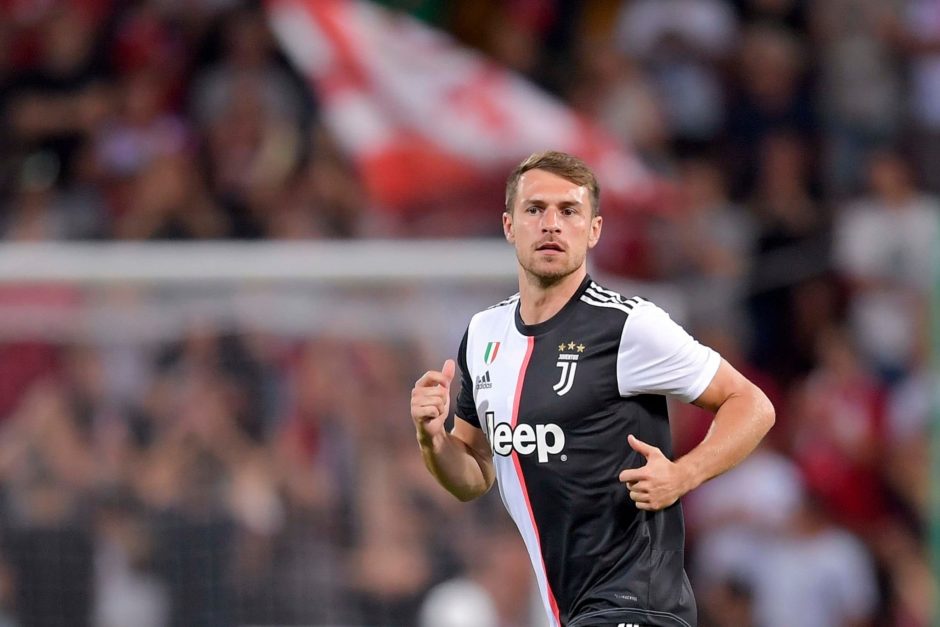 “No hard feelings” – Ramsey thanks Juventus during his Rangers presentation

The Welshman joins the Scottish giants on an initial loan deal until the the end of the season with an option to buy.

Therefore, the former Arsenal man could return to Turin after all if Rangers decide against maintaining his services beyond the current campaign.

So despite the unhappy marriage that lasted for two and a half years, Ramsey isn’t prepared to burn bridges with the club.

Now surely the player directed some stingy comments towards the Old Lady’s managerial and medical staffs, but it was mostly due to being frustrated with his underwhelming stint.

Thus, the 30-year-old opted for a diplomatic tone towards Juventus while being unveiled by the Scottish capital side.

Ramsey thanked everyone who helped him during his stint in Turin, but at the same time admitting that it was a difficult period for him.

“It was a little bit nervous at times (prior to the transfer), things going on between the clubs, little things changing here and there but I was happy that we managed to get it done,” said the midfielder according to Football Italia.

“It was the first time for me, but, yes, it was definitely a nervy experience.”

“It’s been a challenging time at Juventus. I wanted to play, I’ve played many games thorough my career and the last couple of seasons have been a bit difficult at times, but that’s the past. I am looking forward to this challenge,” said Ramsey.

“No hard feelings that I left. Everything was agreed and pretty straightforward. I can only say thank you to everyone for my time there, but now it’s time to focus on Rangers. Hopefully, I am capable of showing that I am able to do it again.”

Video – The best of Kulusevski during his 18 months at Juventus