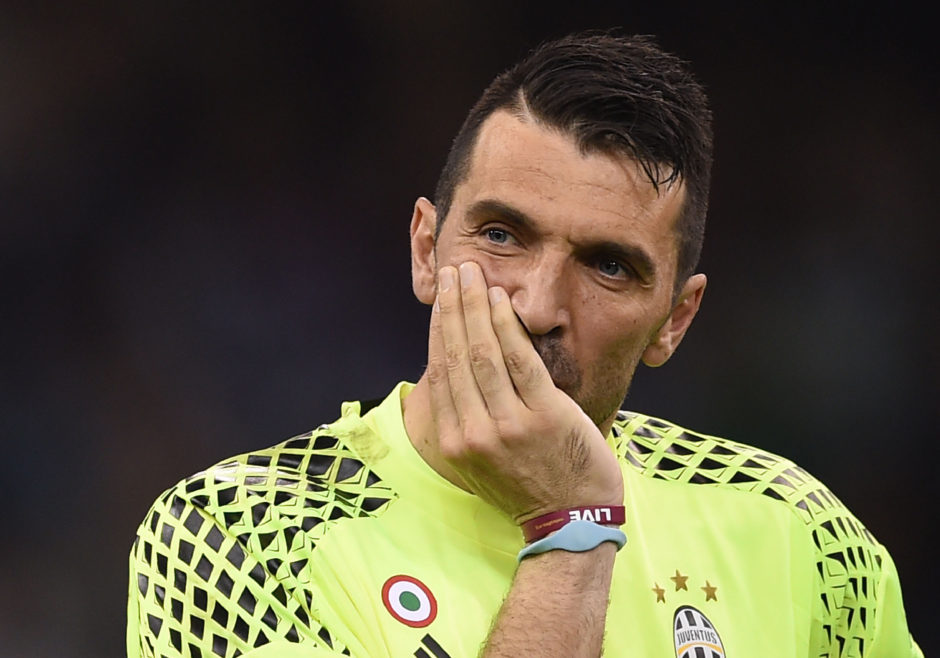 Gigi Buffon has confirmed that he will leave Juventus after 17 years at the club.

The veteran Juve keeper gave a Press conference this morning and confirmed that he will play his final game in Bianconeri colours this Saturday against Verona.

“I want to thank the President, who apart from his institutional role at Juventus is truly something more for me,” began the 40-year-old.

“Over the years, I think we developed a unique rapport of closeness, of sharing and I can say of friendship, if I may be so bold.

“The factors that allowed all this to happen were honesty, loyalty, fairness and the ferocious fight against hypocrisy. I think that is something that united us.

“The fact Agnelli is here along with my agent and Giorgio Chiellini – who will rightly take over the captain’s armband – is a great honour and pleasure.

“I am also happy that you came here, because you of the media have an important role to send certain messages. Even after all controversy and misunderstanding, I want to thank the media too, as I feel the need to do that.

“Having said all that, I want to sum up this unusual day for me, one full of emotion, but that I approach with calm, happiness and a feeling of satiety.

“It’s the conclusion of a wonderful journey I’ve been fortunate enough to share with people who truly cared for me. I felt that, day after day, and because of that love I fought and tried to do my best.

“Saturday will be my last game with Juventus. I think it’s the best way to end this wonderful adventure, to end it with another two victories, which are truly important, and to end it with the closeness and accompaniment of Andrea and the whole Juventus populace.

“My fear was to reach the end of the Juve adventure as someone who people just put up with or a player who had lost it.

“I can say that’s not the case and I am truly proud that to the age of 30, up to Saturday, I’ve been able to express not perhaps my best, but performances to the level of my name and of Juventus.

“That is the greatest gratification and why I reach this salute as a happy man, because it’s by no means to be taken for granted for a sportsman to reach this point and age performing to this level.

“I want to thank the Juventus family. In 2001, they signed an extraordinary talent – I’m probably biased in saying that – but I have to say that if this talent was transformed into a champion, it’s because Juve ensured that happened.

“They allowed me to take another step forwards in conviction, mentality and performance. I believe that if I am still here at the age of 40 performing to this level, it is thanks to Juventus, whose approach to work is totally different to everyone else in the world.

“I made this philosophy my own too and am sure I’ll use it in future, in my life after football, as it’s the only way I know to reach results and to get there with the joy of having worked hard, driven yourself to the limit and given your all.

“Aside from trophies, that is the greatest gift I have received from Juventus and I will forever be grateful.”

Emre Can to Juventus is a done deal