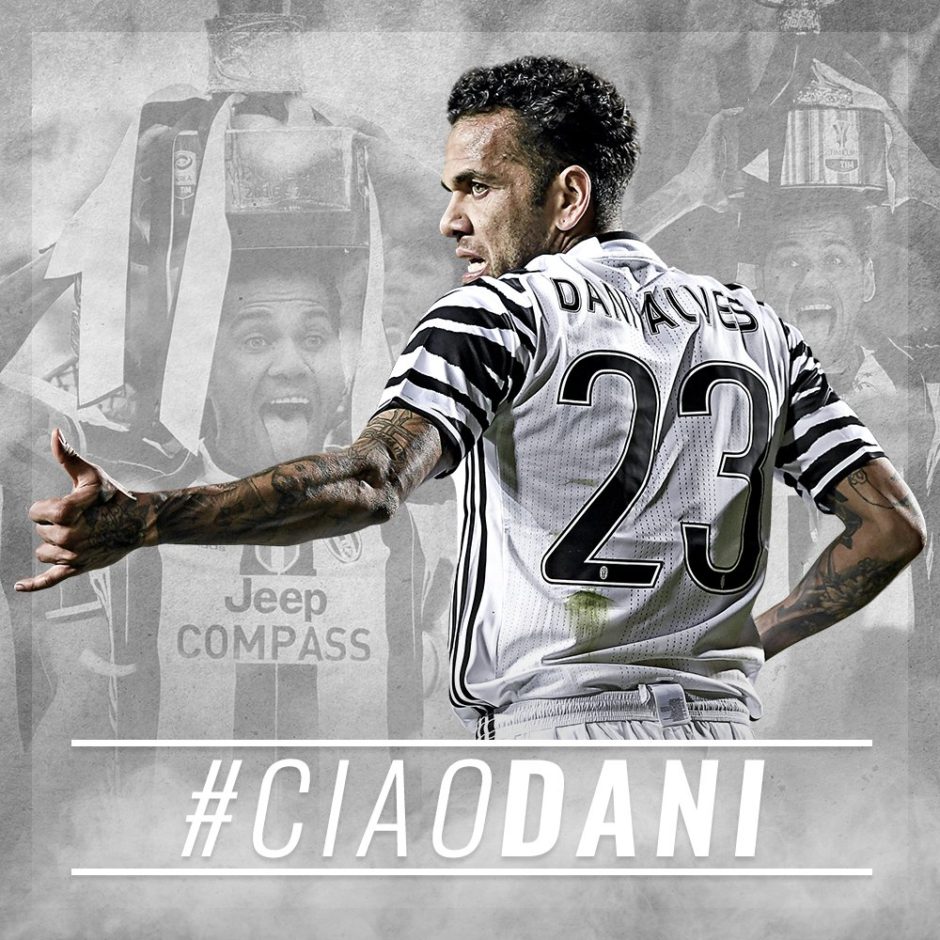 Juventus have officially confirmed the departure of Dani Alves having terminated the players contract my mutual consent.

A brief statement on the clubs official website confirmed that the team and player have parted ways after just one season, opening the way for the Brazilian full-back to join Pep Guardiola at Manchester City:

Juventus Football Club is to part company with Dani Alves after agreeing to a termination of the player’s contract.

Alves lifted two trophies in his single season in Turin, contributing to a third consecutive domestic league and cup double for the club before helping the team reach the UEFA Champions League final.

The Brazilian made a total of 33 appearances for the Bianconeri, having a hand in 12 goals (six goals, six assists), seven of which came in European matches.

Allegri: “I did nothing to keep Pogba at Juventus”