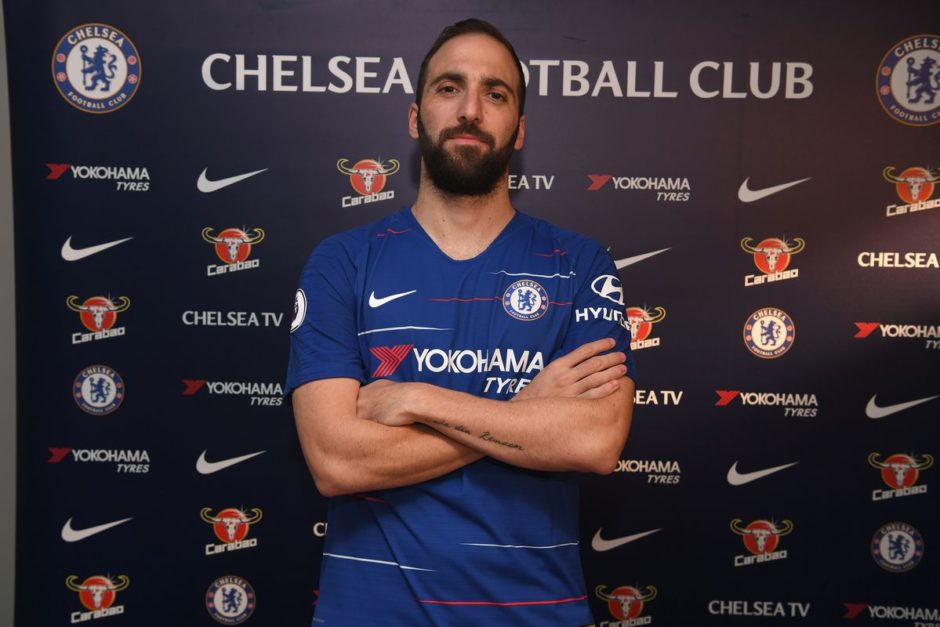 Gonzalo Higuain has officially joined Chelsea on loan from Juventus until the end of the season.

The 31-year-old striker put pen to paper on a deal that will last until June 2019, taking the numebr 9 shirt with the club.

“When the opportunity to join Chelsea presented itself I had to take it. It’s a team I’ve always liked that has a lot of history, a wonderful stadium and they play in the Premier League, a league I’ve always wanted to play in,” he told the official Chelsea website.

“I now hope I can give back that trust Chelsea have shown me out on the pitch. I can’t wait to start and I hope to adapt as soon as possible.”

Juventus have since confirmed the loan move for six months at a cost of €9m with option to either extend the loan to June 2020 for €18m or buy outright for €36m.

“Gonzalo was our number one target in this transfer window and arrives with a proven record at the highest level. He has previously worked with Maurizio to great effect and is familiar with how the coach likes to play,” director Marina Granovskaia added.

“This was not an easy deal for us to do because of the numerous parties involved, but we are delighted we were able to make it happen and we look forward to seeing the impact Gonzalo will make for us in the second half of the season.”