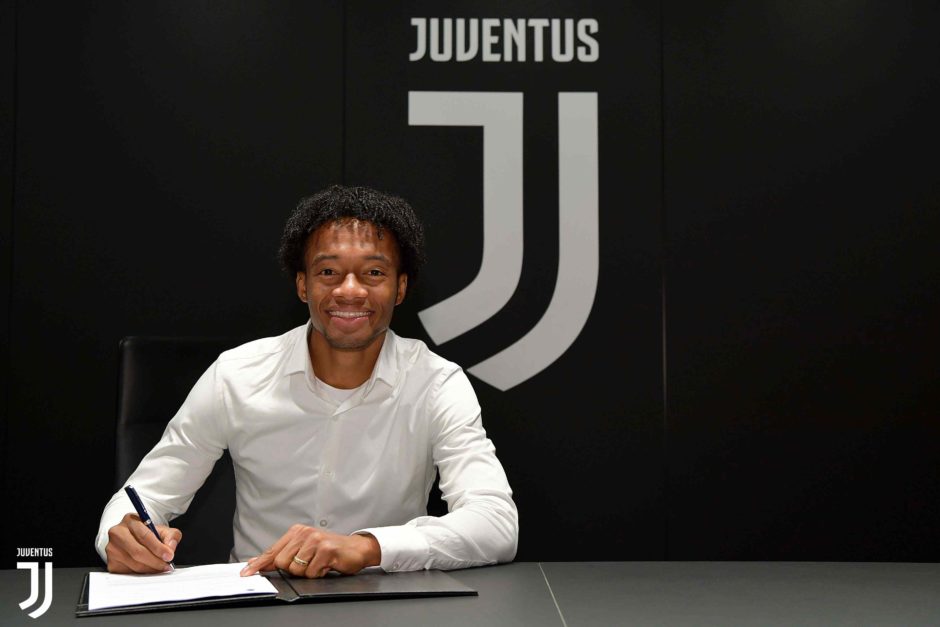 Juventus have confirmed that Juan Cuadrado has signed a new contract with the club until 2022.

The Colombian has excelled since moving to right-back under Maurizio Sarri and has been rewarded for his strong performances with a new deal.

A brief statement on the clubs official website announced the renewal earlier today:

He arrived at Juventus as a wide-sided attacker and continued his adventure as one of the team’s most eclectic “jokers”, who has since gone on to establish himself as a disruptive full-back. His style of play is a joy to watch, and fans will have a reason to flash as bright as he has when they hear the news that he has extended his stay at Juventus until 2022.

Cuadrado is the second player to renew with the club in as many days, following the announcement of Leonardo Bonucci’s renewal which will essentially tie him to the club until retirement.