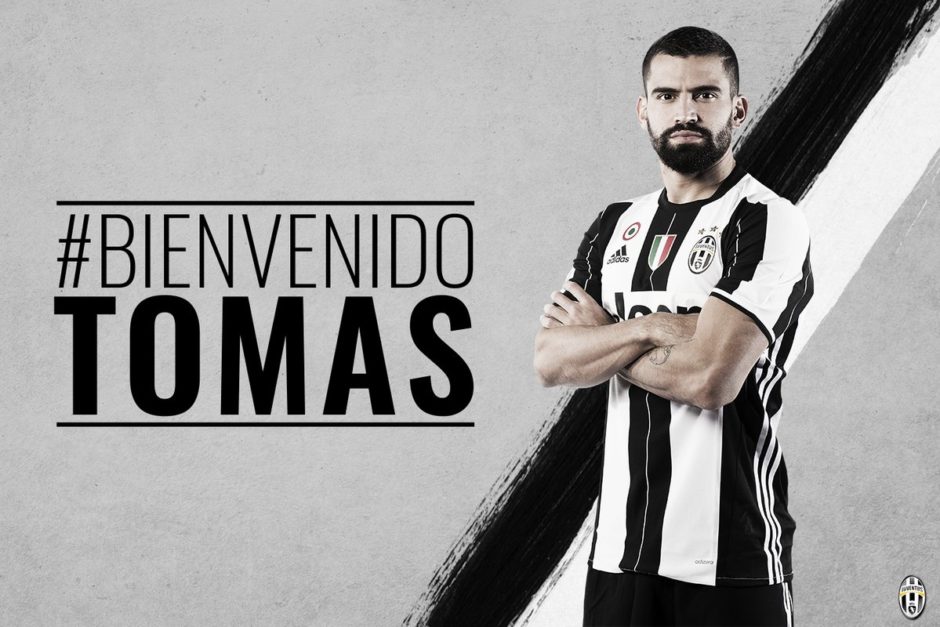 Tomas Rincon is officially a Juventus player, joining the Bianconeri in an €8m deal from Genoa.

The Venezuelan midfielder completed a medical last week and took part in his first training session with the club last week, however the announcement of his transfer was delayed until today. The club confirmed the deal in a statement on their official website:

“The consideration for the acquisition is €8 million. The purchase value may increase of €1 million on achieving given conditions in the course of the duration of the contract.

“Juventus and the player have signed a 4-year contract of employment until 30 June 2020.”

Speaking in his first interview as a Juventus player, Rincon expressed his happiness at having joined the club:

“I am very proud and it’s a great honour to have joined this great club.” He told JTV

“I am delighted and being here is a dream come true. Now I am looking to kick-on and win as much as possible in Juve colours.

“Firstly, I want to give my all for the team, my colleagues and everyone at the club, the obviously to lift the league, the cup and the Champions League.”