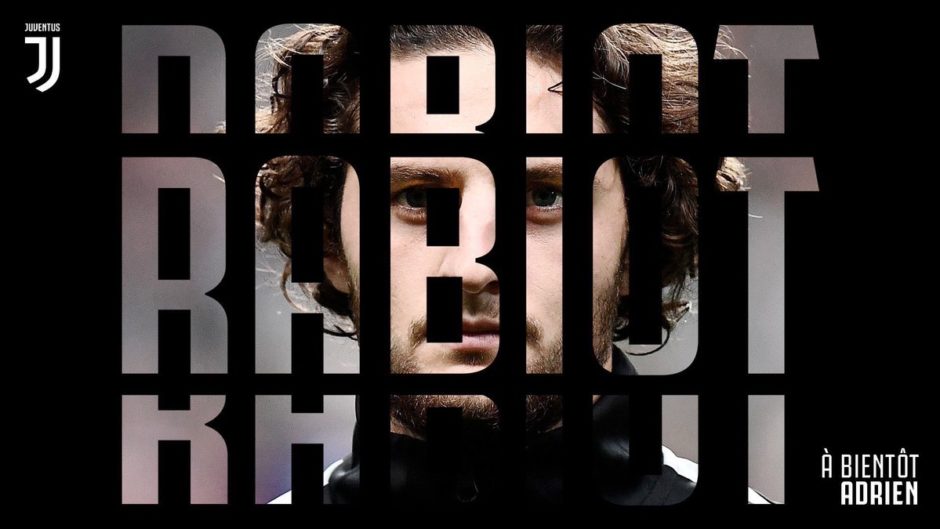 Juventus have officially confirmed the signing of French midfielder Adrien Rabiot on a free transfer.

The Bianconeri are yet to confirm the details of his contract or any fees incurred, however his move to Turin has been confirmed via a statement on the clubs official site:

After spending some time in several French academies, including an experience in England with Manchester City, Rabiot turned professional back in 2012 with PSG, before going to spend time on loan with Toulouse in 2013.

It was with Les Parisiens where he showed off his abilities and he slowly worked his way into becoming a first team starter with the French capital club. Throughout his time at PSG, he featured in all the competitions made available to him (Ligue 1, Champions League, Coupe de France, Coupe de la Ligue, French Super Cup), taking to the field for 240 games, scoring 25 goals, all whilst bagging 18 assists and helping to create 130 scoring opportunities.

That’s not all, though, in his career, Adrien has completed 274 dribbles, recovered 1331 balls, and made 112 touches in the adversary’s area. This is all testimony to that of a midfielder who has great capability and boasts a unique technique along with having important physical attributes.

Rabiot will be presented to the media tomorrow morning, 11am GMT.