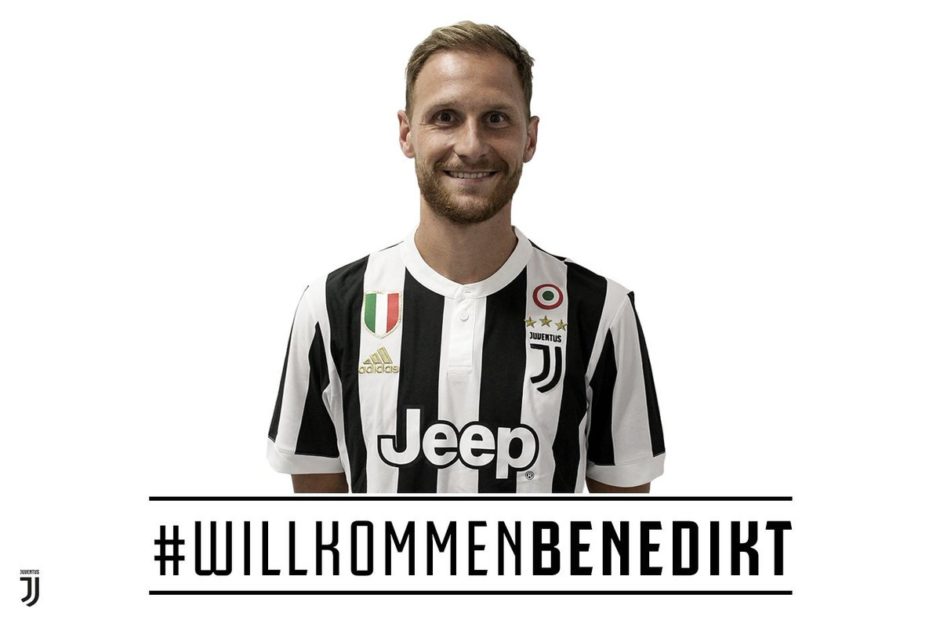 Juventus have completed the signing of Schalke defender Benedikt Höwedes.

The player arrived in Turin and completed his medical earlier today, now the club have officially announced the signing of the 29-year-old defender on a year long loan deal via a statement on the clubs official website:

“Juventus announces the agreement with FC Gelsenkirchen-Schalke 04 for the temporary acquisition, until 30 June 2018, of the registration rights of the player Benedikt Howedes has been finalized for a consideration of €3.5m, to be paid within 15 September 2017.

“Juventus has the right to definitively acquire the player starting from 1 July 2018, or will be obliged to do so if the player completes 25 or more appearances during 2017/18 football season, for a consideration of €13m, to be paid in two financial years.

“The permanent transfer fee may increase for a maximum €3m on achieving challenging team performances within 30 June 2020.”

The player gave his first interview to JTV shortly after, calling Juventus one of the top-5 teams in the world.

“My first emotions were pretty overwhelmed, I mean this is such a big club and Turin is also a very nice city,” he told JTV.

“I talked to  Sami Khedira before I came here and he only said you have to come because it’s so wonderful. The first day, the sun is shining and that means a lot. It’s a great day for me.

“For me, Juventus is one of the biggest clubs in the world, one of the five biggest, and they are very successful in the last couple of years and I want to be part of it, to do my job here, to be successful in future and do my best.

“I’m a multi-functional player in defence, I can play in the centre, left or right-back. I have a good header in attack, in defence I’m strong in the tackle and I think those are my strongest qualities.

“I am super proud to play for Juventus and will do my very best to play a great season.”