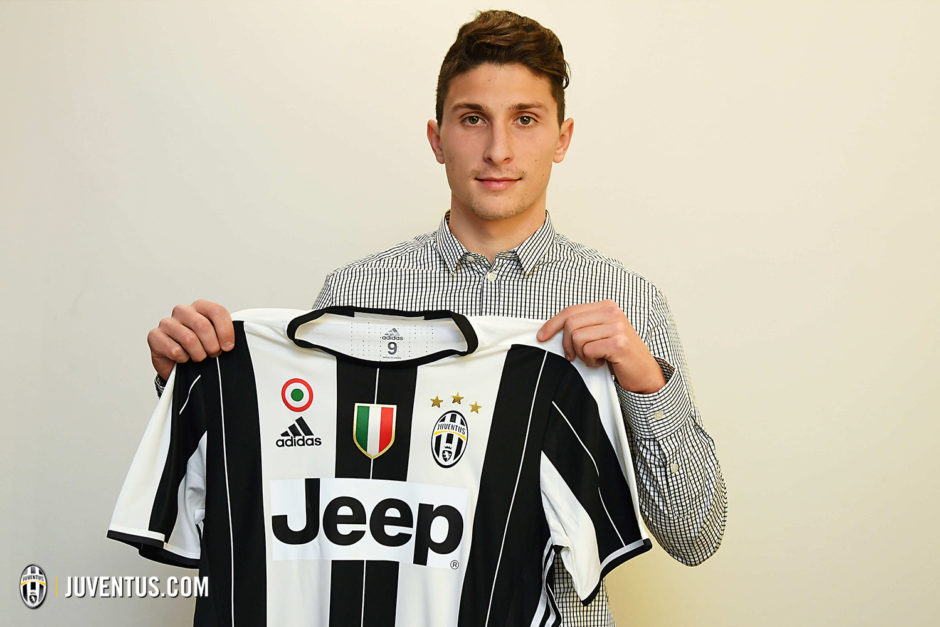 Juventus have confirmed the signing of Atalanta defender Mattia Caldara in a €15 million move.

The 22-year-old defender has impressed many with his strong displays for high-flying Atalanta this season and Beppe Marotta confirmed that Juve were looking to sign the player some weeks ago.

The club officially confirmed the completion of the deal this afternoon, although the player will remain on loan at La Dea until 2018.

A press release on the clubs official website detailed the specifics of the deal:

Juventus Football Club S.p.A. announces that the agreement with Atalanta B.C. S.p.A. for the definitive acquisition of the registration rights of the player Mattia Caldara has been finalized. The consideration for the acquisition is €15 million payable in four financial years.

The purchase value may increase of €6 million on achieving given conditions in the course of the duration of the contract.

Juventus and the player have signed a 5-year contract of employment until 30 June 2021.

At the same time, Juventus has reached an agreement with Atalanta for the free loanuntil 30 June 2018 of the registration rights of the same player and a performance bonus of maximum €4 million will be paid to Atalanta on achieving given sports performances.

Speaking to JTV in his first interview as a Juventus player, Caldara spoke of his desire to improve at Atalanta before finally joining the club in 2018.

“Obviously this is a massive day for me,” he told the clubs official TV channel.

“My objective has always been to sign for a big club. I know that Juventus believe in me and made a real investment to sign me, so that is very flattering and makes me really proud.

“It is a very important day for me. I need to focus on doing well in Bergamo still so I can be ready when the time comes to join Juve, a club with big ambitions.

“I need to concentrate on Atalanta and think about improving with every game, because I still have a long way to go and it’s early into my career.

“I have to put in the utmost effort for every training session to make sure I am ready for Juve.”

Caldara was asked to describe himself in one word.

“I’ll say shy, because ever since childhood I’ve been rather shy and everyone tells me I need to be cockier both on the pitch and off it, to believe in myself more.

“On the other hand, I think it’s a quality that has served me well, so I might just stay shy.”