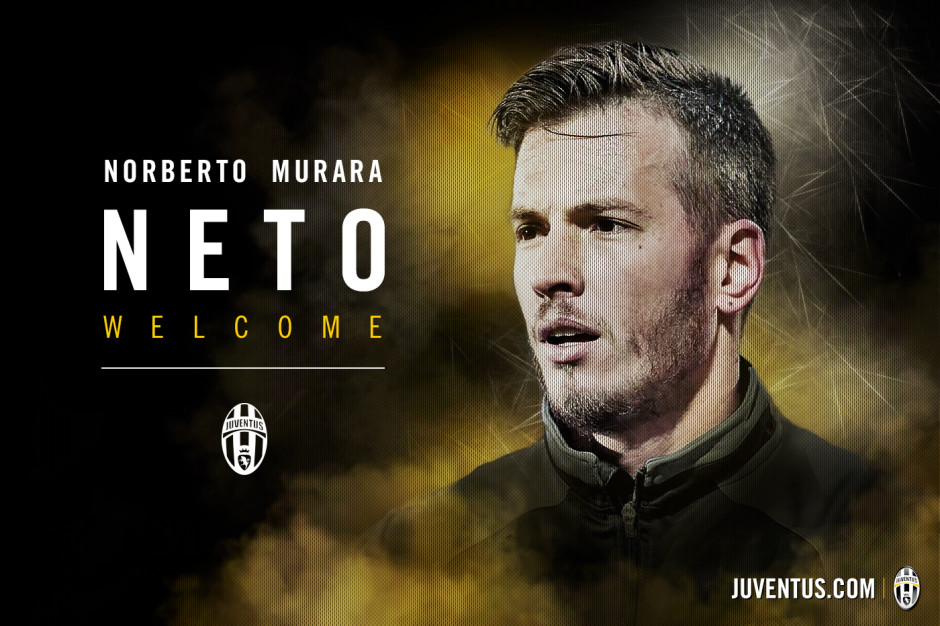 Juventus have completed the signing of Norberto Murara Neto on a free transfer.

The Brazilian goalkeeper, 25 ,joins the Bianconeri on a four-year contract that will keep at the club until at least 30 June 2019.

A statement on the clubs official website confirmed the signing, along with a recap of the players’ recent displays:

Born on 19 July 1989, Neto’s career began at the Cruzeiro youth academy before he switched to the club that handed him his debut in professional football in 2009, Atletico Paranaense.

Two seasons and 36 championship appearances later, he was on the move again, swapping Brazil for Italy after Fiorentina came calling in January 2011.

The Brazilian’s first start for the Florence club was in a Coppa Italia triumph over Empoli in November 2011 and he would soon go on to stake his claim for a regular first team spot, becoming the Viola’s number one goalkeeper by the beginning of the 2013/14 campaign.

Last year saw Neto gain important European experience during Fiorentina’s run to the Europa League semi-finals, while he also on the radar of Brazil’s national coach Dunga, linking up with the squad for this summer’s Copa America finals in Chile after Diego Alves pulled out through injury.

Following 101 appearances in all competitions for Fiorentina, the shotstopper is now poised to embark on a new adventure with Juventus, where he will be working alongside the best in the business in Buffon.

Marotta: ‘No offers for Vidal, Pogba not for sale’

Pogba: “I want to be the best midfielder in the world”