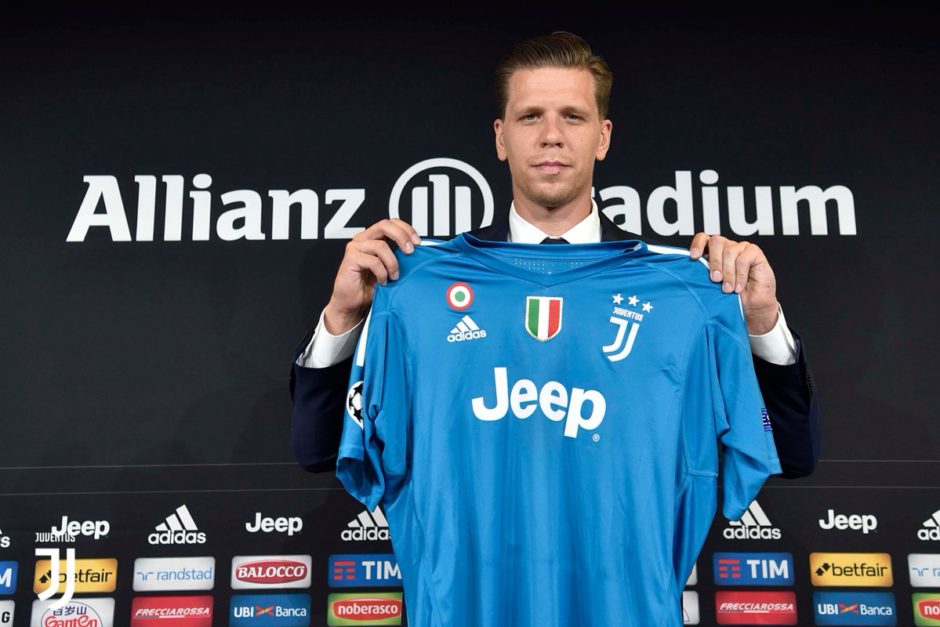 Juventus have confirmed the signing of  Polish international goalkeeper Wojciech Szczesny from Arsena.

The former Roma keeper joins Juve on a four-year contract for a fee of up to €15.3m and a press release on the clubs official site confirmed the details:

Juventus Football Club S.p.A.announces that the agreement with The Arsenal Football Club Plc for the definitive acquisition of the registration rights of the player Wojciech Szczęsny has been finalized for a consideration of € 12.2 million payable in 2 financial years. The purchase value may increase of maximum € 3.1 million on achieving given conditions in the course of the duration of the contract. Juventus and the player have signed a 4-year contract ofemployment until 30 June 2021

Szczesny gave his first press confernce as a Juventus player and explained how he had been waiting to complete the move for the last three months.

“I’m very happy to be here, I was expecting this day to come for two or three months,” he began.

“Have I talked to Buffon? Yes, he’s a very nice guy. I’m happy that I can train with him, he’ll be a very important person for me.

“I’m ready to play whenever I’m needed. I’ll make myself available, it won’t be a choice that bothers me, whether I play or not.

“Pressure of being Buffon’s deputy? I’m very lucky and I don’t feel the pressure. I think I can play at high levels and I’m not worried.

“I had two fantastic years at Roma and I’m grateful to the Giallorossi, but I can only say that I’m happy to be here now.

“What I can learn from Buffon? He’s a real leader in the dressing room. In football, there are no limits, there are only margins for improvement.

“At Roma, I learned how different training is from England. I hope to learn a lot about Juventus from a player like Buffon.

“Juve have chosen me, and I’m absolutely ready to face this challenge. And Juventus are the right choice.

“Allegri? I only greeted him this morning, I’ll have time to meet him properly. I want to win, I’m here to do it.

“It’s a step forward in my career, I’m 27 and I want to win. At Juve there’s the right mentality to achieve great objectives.

“Juve deserve to win the Champions League and a player like Buffon deserves to win it.

“Manolas at Juve? This is my presentation, I’m not here to talk about anything else.

“ Glik? He told me very beautiful things about the city of Turin. Roma? They knew about the interest in me and my possible transfer. They were prepared for it in good time.

“I’m also here because, over time, I’ve seen that many players at Juventus have improved. It’ll also be my objective to improve.

“Have I spoken to Boniek? No, I haven’t talked to him. I was absolutely convinced by this choice and I wasn’t influenced by anyone.

“I’m a Juventus player now and I have no weaknesses.”

Del Piero: “I expect a very big signing from Juve”