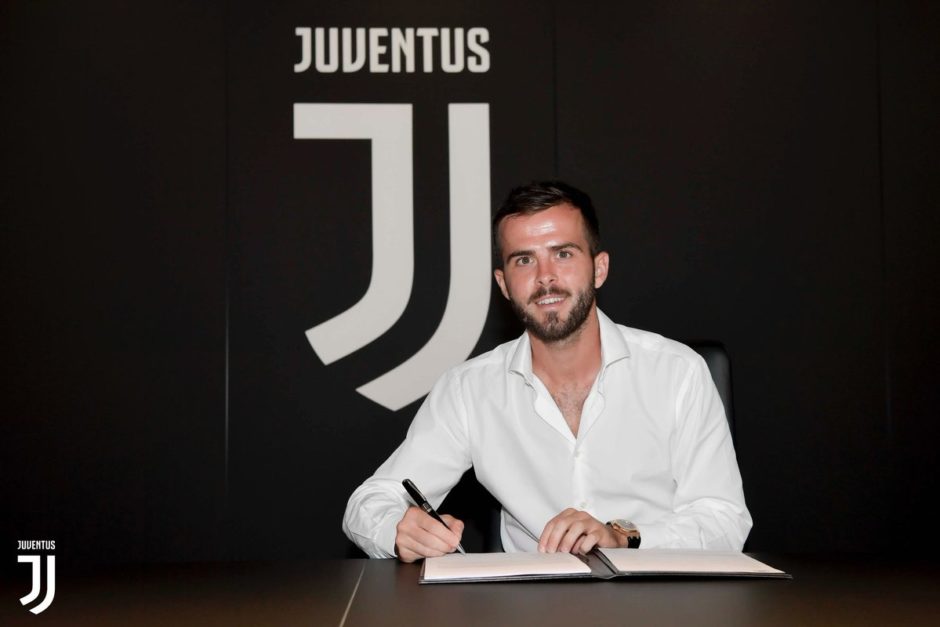 Juventus have announced that Miralem Pjanic has penned an extension to his Juventus contract, tying him to the club until 2023.

The Bosnian midfielder had long been expected to renew his existing deal with Bianconeri, despite reports linking him with a move to Manchester City and Barcelona this summer.

Juventus confirmed the deal via an announcement on the clubs official website:

Juventus are delighted to announce that Miralem Pjanic has renewed his contract at the club until 2023.

Since arriving prior to the 2016/17 season, Pjanic has become an increasingly-integral part of the Bianconeri midfield, providing pin-point passes across the pitch while firing free-kicks into the back of the net with outstanding consistency.

The Bosnia & Herzegovina midfielder displays class, intelligence and talent on the pitch both with and without the ball, though his offensive punch from midfield is certainly what stands out most.

It’s believed Pjanic will earn €6.5m plus bonuses per season in Turin, adding a further two years to his contract, which had been due to expire in 2021.

Reports suggest the hike in salary was agreed in an effort to ward off interest Barcelona, City and Paris Saint-Germain.

the 28-year-old has has made 92 competitive appearances for the Bianconeri, netting 15 goals and providing 28 assists.