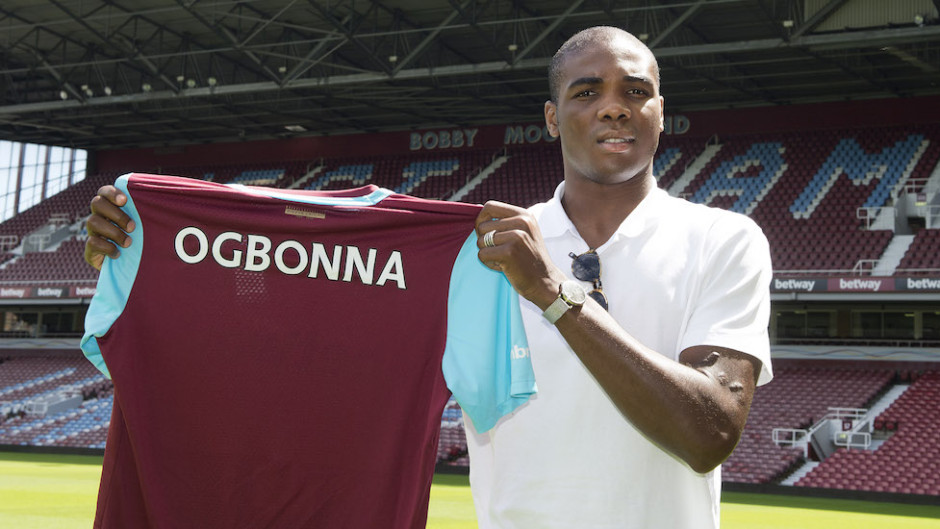 Juventus have confirmed the transfers of Angelo Ogbonna and Frederik Hillesborg Sorensen to West Ham and FC Koln, respectively.

West Ham announced the transfer via their official website, confirming that Ogbonna had passed a medical and signed a four-year contract.

The Bianconeri released a statement confirming the transfer will be close to €11m to be paid over three years.

“I am delighted to have joined the club,” Ogbonna told whufc.com.

“I wanted to play in the Premier League and am happy to be in London. My heart told me that the right decision was to play for West Ham United.

“I cannot wait to start working under Mr Bilic and with my new team-mates. I feel ready for this new adventure.”

“It’s been an honour being part of the Juventus world: thanks to Juve I felt things that will always be a part of me… I won’t ever forget any one of you!

“This is not the right time to make evaluations… Maybe in the future… After 13 years I am leaving Turin, my adoptive town, my people and my friends…

“I am sure I will miss you, but this is life, made of old and new experiences. Thank you to all for these awesome years!!

“I would also like to thank Everton for having been real gentlemen.”

A further transfer was confirmed by the club this morning as Frederik Hillesborg Sorensen has officially joined Bundesliga club FC Koln.

23-year-old Sorensen joined Juventus in 2010 before being loaned to Bologna and Hellas Verona over the last three seasons.

“Juventus have officially sold Frederik Hillesborg Sorensen to 1. FC Koln, playing in the 1. Fussball-Bundesliga,” reads the statement on the clubs official site.

“Now that he is about to start a new professional adventure, the Bianconeri would like to wish the central defender much success in the German league as well.”

While the statement doesn’t divulge the cost of the transfer, the Italian press are reporting the deal to be in the region of €2.5m.

My All Time Juventus Dream Team