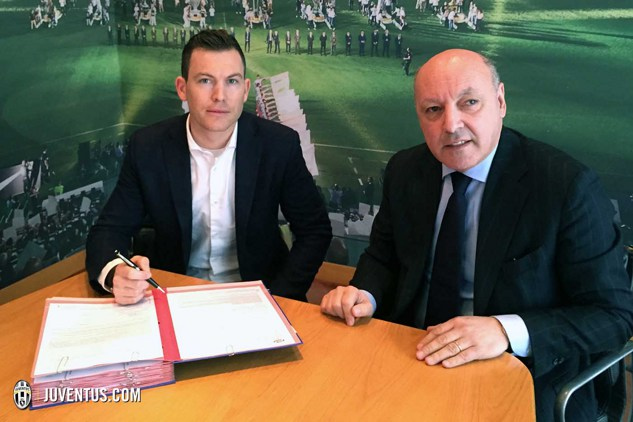 It’s Official: Stephan Lichtsteiner will remain with Juventus until at least 2017, after agreeing a new contract with the Bianconeri.

The Swiss international had a contract with Juventus until the summer of 2015 but initial reports indicated a renewal had been put on hold after talks broke down.

Juventus announced today that Lichtsteiner will stay in Turin after signing a new two-year deal with an option for a third.

“134 appearances, 11 goals, three Scudetti and countless miles travelling up and down the wing,” a statement on the club’s website read.

“Stephan Lichtsteiner, in his fourth season at Juventus has already given a lot of joy to the fans, and he won’t stop doing so.

“The full-back has signed a new deal for two more years, with the club having the option of a one year extension.

“The journey of the Swiss Express continues on the Juve flank!”