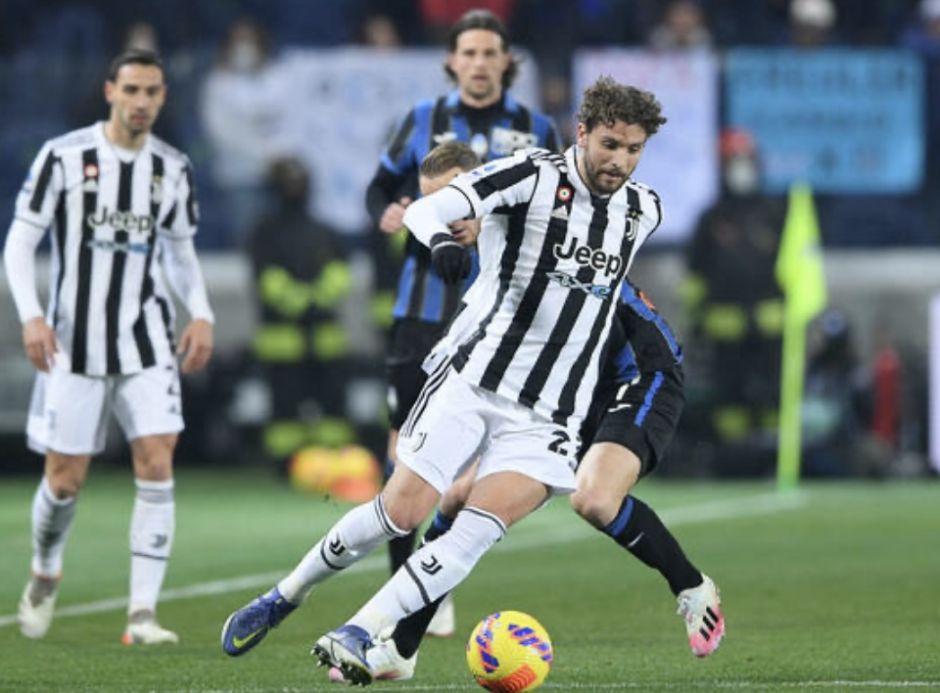 Since the start of the season, Manuel Locatelli has been one of the most consistent players at Juventus and the main pillar in the middle of park.

But unfortunately for Max Allegri, he’ll have to do without the services of the former Sassuolo man after sustaining a knock last weekend against Inter.

Few minutes into the match, the Italian received a head kick courtesy of Lautaro Martinez which forced him to play with a head bandage.

Around the half-hour mark, things went from bad to worse for the 24-year-old who had to leave the pitch in tears with a knee injury.

According to the official Juventus website, Locatelli underwent tests this morning at the J-medical which revealed the extent of the injury.

The source expects the player to be out for around four weeks. Here is the club’s official statement:

“Today, Manuel Locatelli underwent radiological examinations at J-Medical which confirmed a first degree injury to the medial collateral ligament of the right knee. The recovery time will be estimated in four weeks.”

Therefore, the former Milan man will likely miss the next four Serie A encounters against Cagliari, Bologna, Sassuolo and Venezia, as well as the second leg of the Coppa Italia Semi Finals versus Fiorentina which will take place at the Allianz Stadium on April 20.

His return to the pitch could likely take place on May 8 when the Bianconeri travel to meet Genoa at the Luigi Ferraris Stadium.