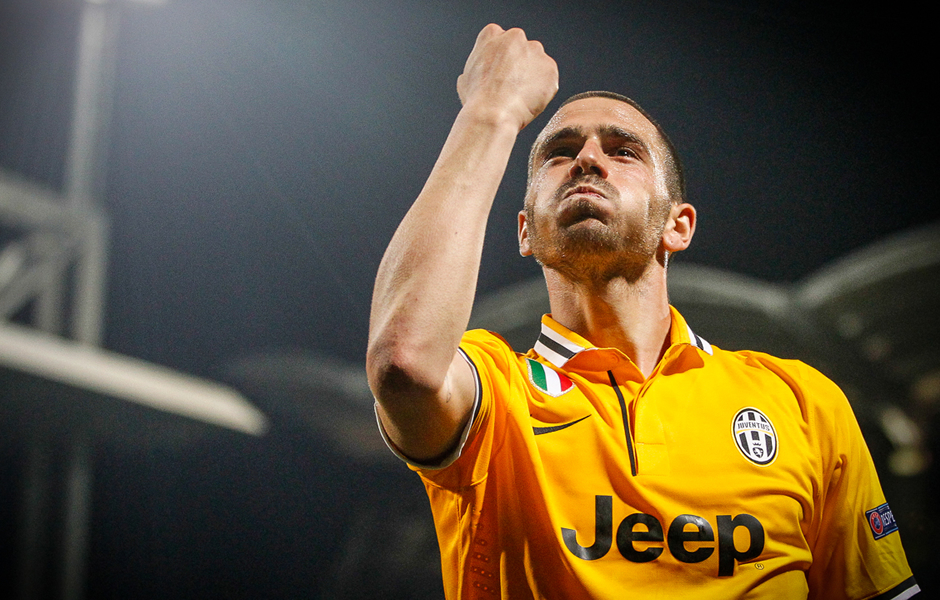 Not an overwhelming performance by Juventus in a game very blocked tactically, but with a late spark Bianconeri managed to score a fundamental goal that put them in a very good position for the qualification to the next round.

Buffon: 6.5. He didn’t need to perform miracles, a couple of good saves on shots that probably would have been wide anyway.

Caceres: 6. Ok performance by the Uruguayan, normal work, an outstanding coverage on Briand on the final part of the game prevented Lyon from creating a real danger.

Bonucci: 6.5. His goal is crucial, he was very reactive in finishing that chance. He was focused in defending but he was completely free in the build-up of the action and misplaced way too many long balls. Uncharacteristic: in a match he once managed to assist two goals with his long rage passes.

Chiellini: 6. A good match for Chiello, Lyon’s strikers didn’t bother him too much, Lacazette and Briand were barely seen today.

Isla: 5.5. He makes good runs but he has to be more courageous when he gets free. He often misses the opportunity to shoot or make an assist. He’s getting there, but he’s not there yet.

Pogba: 6. Paul can play so much better than this. Bonucci had to throw many long balls also because of the lack of movement in the midfield. He pulled a couple of tricks but that’s it.

Pirlo: 6. Malbranque guarded him and he has not been able to get free for most part of the game, he was not the usual maestro today and let the others run the show. A half score more for orchestrating the winning corner kick.

Marchisio: 6. Similar to Pogba, he hasn’t do a lot. He was ordinate but Juve are missing those hard cuts by the midfielders going forward.

Asamoah: 6.5. He started very well and was very precise in the defensive phase, but he didn’t attack as he is accustomed to.

Tevez: 6.5. A injury took him out of the game after 50 minutes. He wasn’t able to break his European course but, as always, he tried hard, shot, created havoc between the lines.

Osvaldo: 4.5. Multiple offsides, numerous misplaced passes, never in sync with the teammate, never able to get open and be dangerous. The handbook of the bad striker today.

Vucinic: 7. Vintage Mirko today, including the ridiculous miss. He changed the game with his playmaking abilities and gave Juventus a much-needed point of reference in the attack. He created chances and wasted a big one inexplicably sending the ball over the bar from in close.

Giovinco: 7.5. He looked like Parma’s Atomic Ant. He was uncontainable in the one-on-one, also in the box, very sharp, goal would have crowned an excellent performance.

Conte: 6.5. The team was blocked in the first half because of Lyon crowding the spaces and the long ball tactic didn’t work very well, also because Llorente was on the bench. But subbing in Vucinic and Giovinco changed, and ultimately won, the game.

Preview and Scouting: Livorno vs Juventus