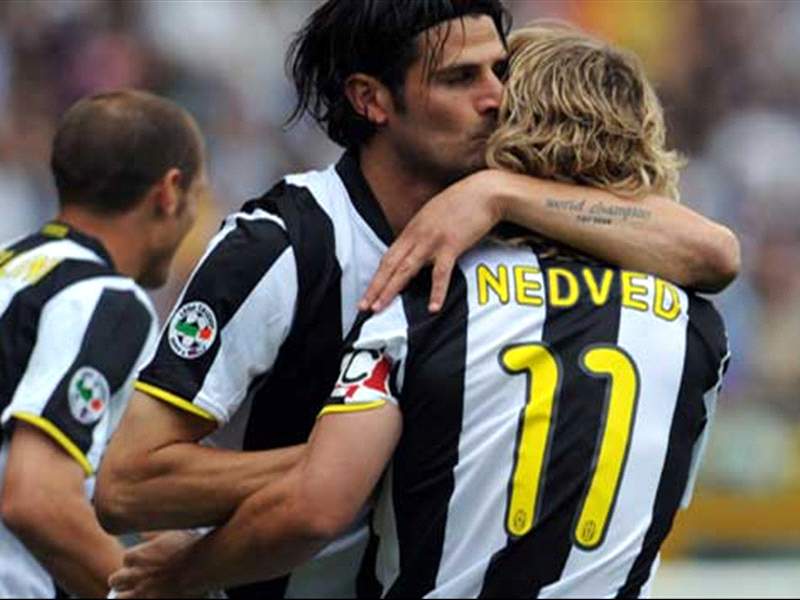 On this day, Nedved played his final match for Juventus – (Image)

On this day in 2009, Juventus hosted Lazio at the Stadio Olimpico in Turin for what was Pavel Nedved’s last hurrah.

The 2003 Ballon d’Or winner decided to hang his boots after the conclusion of the 2008/09 campaign, and fittingly, his former club Lazio took part in his farewell.

The Czech was one of the finest players of his generation, and proved to be a capable replacement for Zinedine Zidane after the latter’s departure to Real Madrid in 2001.

The 45-year-old decided to stick by the Old Lady at her hour of need, refusing to leave amidst the Calciopoli scandal that saw the club play in Serie B during the 2006/07 campaign.

Nedved’s last match ended in a 2-0 victory for the Bianconeri thanks to two goals from Vincenzo Iaquinta.

Following the final whistle, the club celebrated the career of the legendary winger who featured in 327 matches for the Bianconeri throughout eigtht memorable seasons in Turin.

Juventus no longer looking at signing rival’s forward this summer