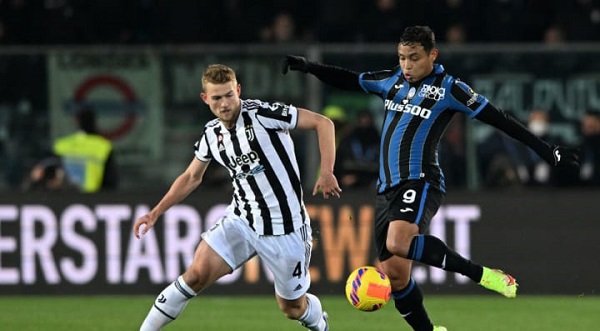 Alessio Tacchinardi is one of the players who won the Champions League with Juventus in 1996.

The Bianconeri have continued to search for another continental crown and the current group will resume that chase soon.

In 1996, Juve had some of the best players on the planet in their team and that helped them to win the title.

The likes of Cristiano Ronaldo and Paulo Dybala are world-class players who have played for the club and failed to inspire it to win it.

The current group would get help from Dusan Vlahovic in the knockout stages of the competition.

However, Tacchinardi doesn’t think the Serbian is good enough to get into his team of 1996.

Speaking about which of the current squad member will get a look-in, he said Matthijs de Ligt is probably the only player who is good enough to make that team.

He said via Football Italia: “Maybe only [Matthijs] De Ligt.

“However, I’d always pick Pietro Vierchowod when it comes to man-marking and Ciro Ferrara was also so good, he didn’t concede a centimetre to any opponent.”

But Max Allegri can still build a Champions League-winning side with time.

The gaffer has already reached two finals in the last 10 years and in time, could reach that stage again now that he is back in charge.

“Juventus were in decline two months ago” Capello insists Juventus is back!

How Allegri plans to replace Danilo in his defence against Torino