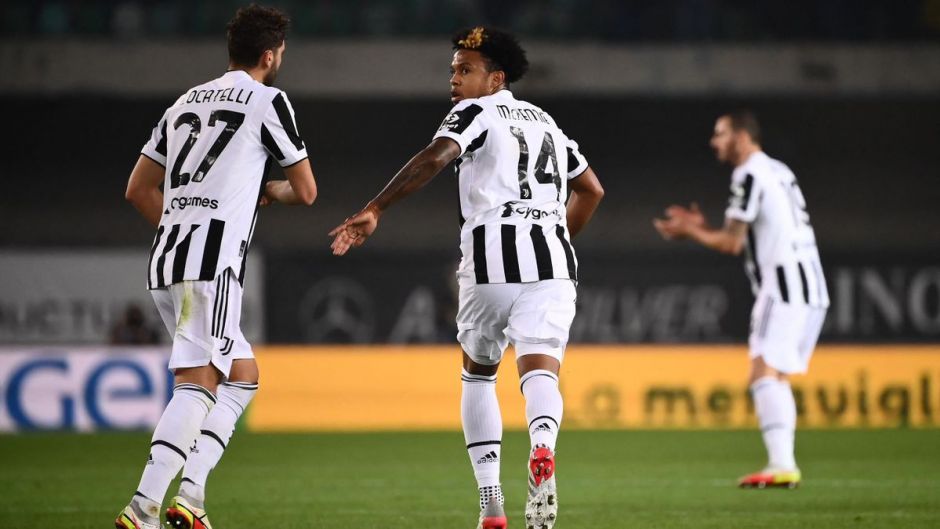 Despite the arrival of Manuel Locatelli, Juve’s midfield remains the club’s Achilles Heel.

Now surely the signing of the Euro 2020 winner proved to be the right move for the club’s present and future. After all, the Italian has quickly established himself as the main man in the middle of the park.

However, an empty gap remained unfilled. Or perhaps two, because we all know that Max Allegri prefers to play with three in the middle.

Therefore, the tactician has been forced to shuffle and try his luck by fielding all sort of lineups both in terms of tactical formations and personnel.

While the team paid the price in terms of results, things are gradually looking up, mainly because internal solutions are being found.

The first hole was filled thanks to the emergence of a new and improved version of Weston McKennie.

The American spent the majority of 2021 looking like a lost individual both on and off the pitch. But thankfully, he managed to find his best feet again, putting on some hardworking shifts while occasionally contributing in scoring.

But the major gap that haunted Allegri’s tactical scheming remained the Regista role.

Although Locatelli didn’t disgrace himself in this spot, it was obvious to see that his deep positioning is preventing him from displaying his full potential.

The former Sassuolo man has all what it takes to be one of the best box-to-box midfielders in the world.

He’s willing to fight for every ball, he can make dangerous runs deep into the opposition’s area, and most importantly, he has the required creativity to deliver goals and provide assists.

Therefore, Arthur Melo has always been the key to unlock the Italian’s prowess. The Brazilian’s second half introduction against Roma allowed Locatelli to make the damage upfront.

We witnessed a similar scenario on Tuesday against Sampdoria, as the former Barcelona man was in charge of controlling the tempo, while the Italian put on a masterclass of a performance in a more advanced position.

However, the real test will come this weekend in the form of an away trip to Milan.

But for Allegri, the writing is on the wall.

A midfield composed of Locatelli, Arthur and McKennie might be far from world class, and yet, this trio provides a slight glimmer of hope for the the Old Lady’s most desperate department.