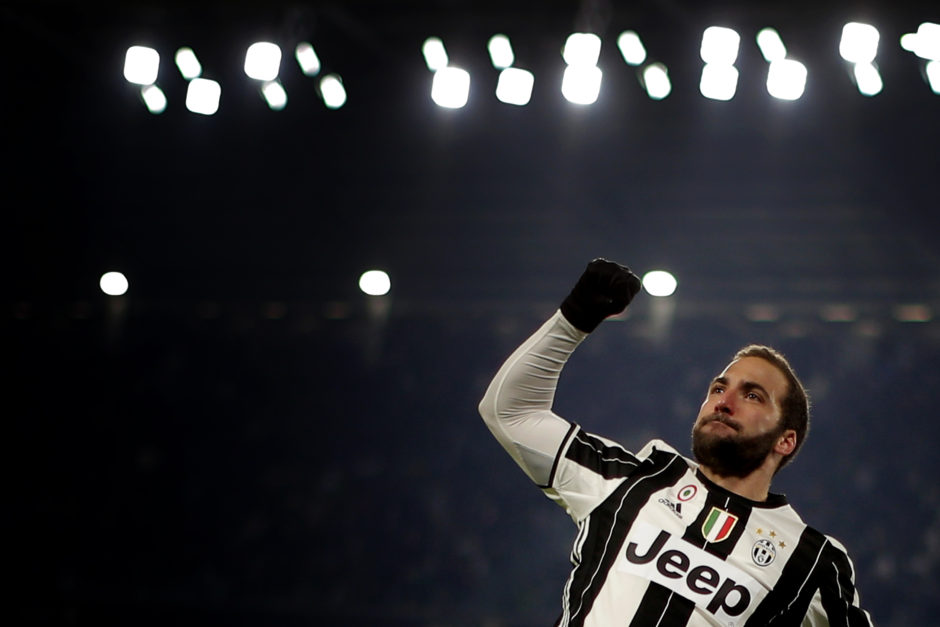 Following Inter Miami’s defeat against New York City FC, a heartbroken Gonzalo Higuain reached the end of his playing days as his team was eliminated from the MLS playoffs.

During his storied career, the Argentine made a name for himself at River Plate, before finding stardom at Real Madrid.

After breaking the Serie A record for the most goals per season with Napoli, he made a controversial switch to Juventus in 2016.

Despite his past with the Old Lady’s southern rivals, El Pipita swiftly established himself as fan favorite at the Allianz Stadium, with his plethora goals endearing him to the Bianconeri supporters.

So let’s celebrate Higuain’s fabulous career by recalling his top five moments during his time at Juventus.

After spending a forgettable campaign on loan between Milan and Chelsea, the striker returned for an Encore year at Juventus under the guidance of his old mentor Maurizio Sarri.

Although his physical shape was obviously in decline at that point, he still pulled off a stunning goal when Juventus hosted Napoli early in the season. The Argentine turned past Kalidou Koulibaly before riffling his shot past the hapless goalkeeper.

That clash witnessed seven goals, but Higuain’s strike was easily the pick of the bunch.

If you had to summarize Higuain’s skills in one instant, then his winner against Roma in December 2016 would do.

The forward fought hard to win a duel against Daniele De Rossi before skipping past Kostas Manolas with a simple yet classy dribble and sending an unstoppable shot that left Wojciech Szczesny with no chance.

During Gonzalo’s first season in Turin. the double header between Juventus and Napoli in the Coppa Italia Semi Finals ended 6-5 on aggregate in favor of the Old Lady. Interestingly, Higuain contributed with three goals.

While he tuned down his celebration at the Allianz, it was quite the opposite at his old ground.

After scoring the opener in front of the jeering San Paolo crowds, the striker angrily celebrated in front of Napoli president Aurelio De Laurentiis, while screaming “It’s all your fault”, in a reference to his turbulent departure from the city.

While Juve’s road to the Champions League final in 2017 is mostly remembered for Paulo Dybala’s superb display against Barcelona, Higuain also did his part in the Semi Finals against Monaco.

The Bianconeri won the first leg away from home with two unanswered goals courtesy of the recently-retired forward, putting Max Allegri’s side on the right path towards the grand finale.

If there was ever a goal worth a whole campaign then it has to be Higuain’s last-gasp winner at the Giuseppe Meazza.

Few rounds before the end of the campaign, Napoli had momentum on their side after beating the Bianconeri at the Allianz Stadium.

Therefore, a defeat against Inter would have been a major blow for Juve’s Scudetto hopes.

But while Max Allegri’s men were trailing 1-2 with very few remaining minutes remaining on the clock, Juan Cuadrado grabbed an equalizer, and shortly after, Gonzalo pulled off a last-minute winner which put the Bianconeri back on track towards their 7th Scudetto in a row.