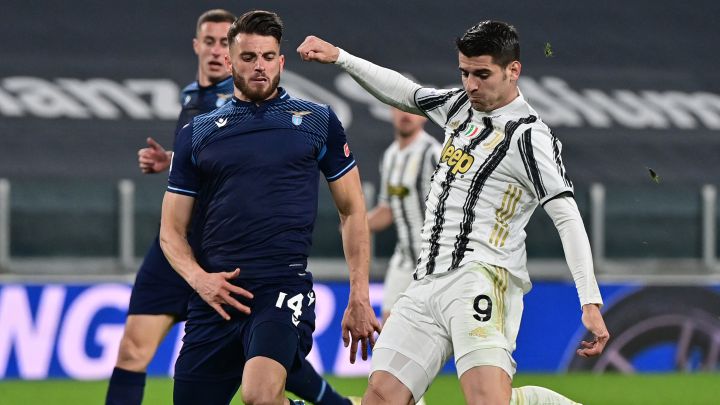 When Sunday’s friendly between Juventus and Atletico Madrid was moved from Tel Aviv to the Continassa training center, fans and observers alike considered it to be be an advantage for Max Allegri’s men who were spared from another exhausting trip and were going to play at the comfort of their own training ground.

But unfortunately for the Bianconeri, Diego Simeone’s side also featured a man who still considers JTC to be his home.

Alvaro Morata never wanted to leave Turin in the first place, and Allegri remains an avid admirer of his. Nonetheless, the management had no intention of splashing another 35 million euros to maintain his services on a permanents basis.

But while Federico Cherubini was perhaps hoping to seize the occasion and convince the Colchoneros to sell the 29-year-old on a discount amidst the friendly meeting, the striker’s performance may prove to be final nail in the Italians’ pursuit.

Morata led the way for visitors who ran riot with four unanswered goals against an out-of-sort Juventus side, including a personal hattrick from the man himself.

By the final whistle, Alvaro left Continassa with three goals and three more reasons to believe that his future lies away from Turin.

While Juventus were arguing that 35 millions is an exaggerated asking price, Atletico were perhaps willing to drive the price down to 25 millions, but it wasn’t enough for the Bianconeri who were still hoping for a more affordable figure.

So after leaving the Old Lady’s defenders in his wake, just imagine how the Spaniards will react for Juve’s appeals for a discount.

In the past, Simeone and Morata never saw eye-to-eye. But with Luis Suarez gone and the Rojiblancos in need of a striker, maybe the player’s impressive display will help in repairing the bond between the two men ahead of next season.

Although we shouldn’t draw too many conclusions from a pre-season friendly, it’s impossible to deny Atletico’s superiority over Juventus at this point of the season. Allegri’s side looked short on options, low on confidence and physically unready.

So despite Morata’s renown affection towards the Bianconeri, he might reconsider his career options at this point, as the Colchoneros may provide him with better service and bigger odds of lifting silverware by the end of the season.