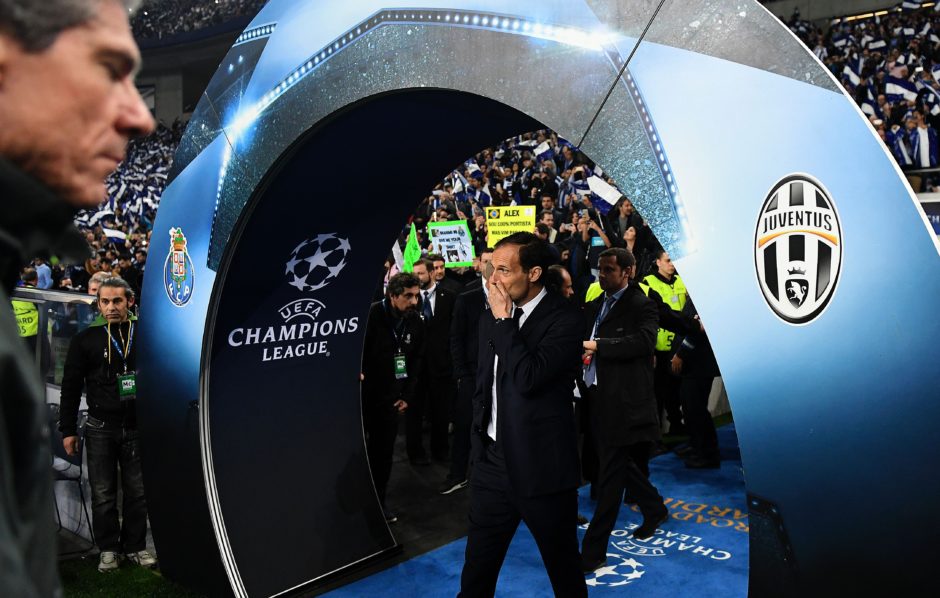 On Tuesday night, Juventus will put their domestic woes behind them as their new Champions League campaign begins with an away fixture at Malmo.

This encounter will mark the start of Massimiliano Allegri’s 6th CL campaign in charge of the Bianconeri, having led the team between 2014 and 2019.

While we hope that the European campaign will turn out to be a positive one, it’s time to rank the manager’s five past Champions League campaigns at the helm of the Old Lady, starting with the worst until we reach the best.

That season is famously remembered for Juve’s horrendous Serie A start, which was followed by a great comeback and another Scudetto triumph.

On the opposite, the team started their European campaign on a high note with two wins over Manchester City in the group stage, but a defeat against Sevilla on the last matchday meant that the Italians finished the round in second place, and were subsequently drawn against Bayern Munich.

The first leg ended in a 2-2 draw, but Allegri’s men shocked the Germans by taking a two-goal lead in Munich. Nonetheless, the team couldn’t resist for few more minutes, and Thomas Muller’s last minute equalizer took the match to extra-time, and two more goals from the Bavarians sent Juventus packing from the round of 16.

Following Cristiano Ronaldo’s arrival, the expectations couldn’t have been any higher. The Portuguese arrived specifically to deliver the long-awaited European trophy, but an underwhelming exit at the hands of Ajax in the Quarter Finals left a bitter taste in the supports mouths.

However, this campaign witnessed the memorable comeback against Atletico Madrid (from 0-2 in the first leg to 3-2 on aggregate) thanks to a wonderful hattrick from CR7 himself.

This campaign began with a 0-3 defeat at the Camp Nou, but Juventus regained their composure and sealed a comfortable qualification to the round of 16, where they met Harry Kane’s Tottenham.

The first leg in Turin ended 2-2, and the Spurs took the lead in North London, but two memorable strikes from Gonzalo Higuain and Paulo Dybala completed a superb comeback.

In the Quarter Finals, the Bianconeri were butchered at home by Ronaldo and his Real Madrid, but Mario Mandzukic led an unlikely comeback in the Spanish capital. But a dubious last-minute penalty left the Bianconeri heartbroken once again.

That season, we witnessed Allegri’s Juventus at the epitome of its powers. The Italians reached the Champions League final after smashing oppositions left and right, including a 3-0 hammering of Barcelona in the Quarter Finals.

But despite being considered as the favorites by many observers, the Old Lady lost yet another final, after completely vanishing in the second half, as it ended 4-1 in favor of Madrid at Cardiff. That miserable performance tainted an otherwise brilliant season.

After struggling to gain their ticket to the round of 16, few expected the Bianconeri to go all the through to the final. In fact, they were considered to be a favorable draw for Real prior to their Semi Final encounter.

Between 2014 and 2018, Los Merengues won four Champions League titles, and Allegri’s men were the only side who managed to knock them out of the competition during that period, following two dramatic legs.

Juventus put up a brave display in the final against Barcelona, but they were unlucky to be facing the infamous MSN trio (Messi, Suarez and Neymar) who were at the top of their game.

Juventus midfielder fails to impress Allegri – A sale on the horizon?