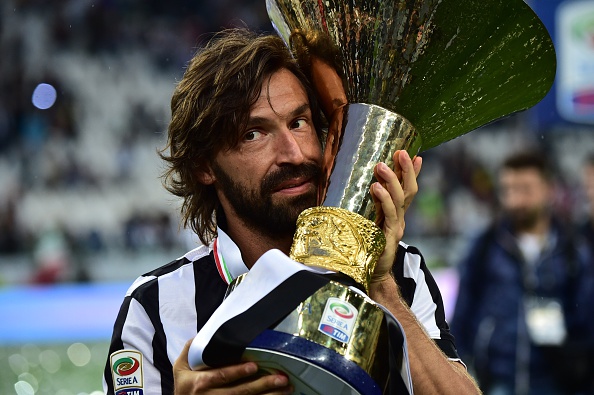 This Wednesday, Juventus and Inter will clash heads at the Stadio Olimpico in Rome with the Coppa Italia on the line.

While the Nerazzurri will be making their first appearance in the finale since 2011, the Bianconeri are all-too accustomed to this stage. In fact, the Old Lady is the current title holder, and has won the competition on 14 occasions (more than other club).

In the previous 10 editions, Juventus have taken part in the cup final on seven occasions, and have lifted the trophy five times.

So let’s rank those seven appearances from the least to the most impressive.

After winning their first Scudetto title in the post-Calciopoli era, Juventus were hoping to add the cherry on top with a Coppa Italia triumph.

Alas, Walter Mazzarri’s Napoli boasted formidable stars (the likes of Marek Hamsik, Ezequiel Lavezzi and Edinson Cavani) and they were able to exert the damage on the hungover Bianconeri.

This also happened to be Alessandro Del Piero’s swansong at the club.

Following a long hiatus due to the Covid-19 pandemic, Italian football restarted with Coppa Italia fixtures. Expectedly, the quality of football was extremely low following the stoppage, with players suffering on the physical, mental and technical aspects.

This one turned out to be an incredibly cagey affair, with Gennaro Gattuso’s Napoli snatching the title following penalty shootouts.

Truth to be told, The Bianconeri looked far from splendid against a hyped-up Milan side.

Nevertheless, the Rossoneri failed to pounce on their scoring opportunities, and Alvaro Morata came off the bench to seal the win with a clinical extra-time finish on his final match of his first stint at the club.

Another final decided by a substitute in extra-time. Stefan Radu had broken the deadlock for the capital side in the 4th minute, but Giorgio Chiellini replied shortly afterwards.

At the end of the day, it was Alessandro Matri (who at the time returned for the short second spell in Turin) who found the winner for the Old Lady, ending a Coppa Italia drought that lasted for the two decades.

In the 2016/17 season, Max Allegri’s Juventus were arguably at the very peak of their powers, and they made short work for out of Lazio.

Dani Alves and Leonardo Bonucci scored in the 12th and 24th minutes, as the Bianconeri comfortably marched towards the title.

Although the final score wasn’t the most impressive, Juventus weren’t enjoying their best campaign under Andrea Pirlo’s tutelage, and were taking on Atalanta who had cemented themselves as the ultimate bogeyman of Calcio.

Nevertheless, the Old Lady came out on top with goals from Dejan Kulusevski and Federico Chiesa which was just enough to allow Gianluigi Buffon to lift a trophy on his final appearance for Juventus.

Well, the score tells the whole story. What was a back-and-forth affair in the first half turned out to be a total routing after the break.

Mehdi Benatia was the surprise author of a brace, Douglas Costa snatched another, and Nikola Kalinic added to his team’s misery with an own goal much to the dismay of the Rossoneri fans.

So let’s hope for another exciting Juventus triumph on Wednesday night.