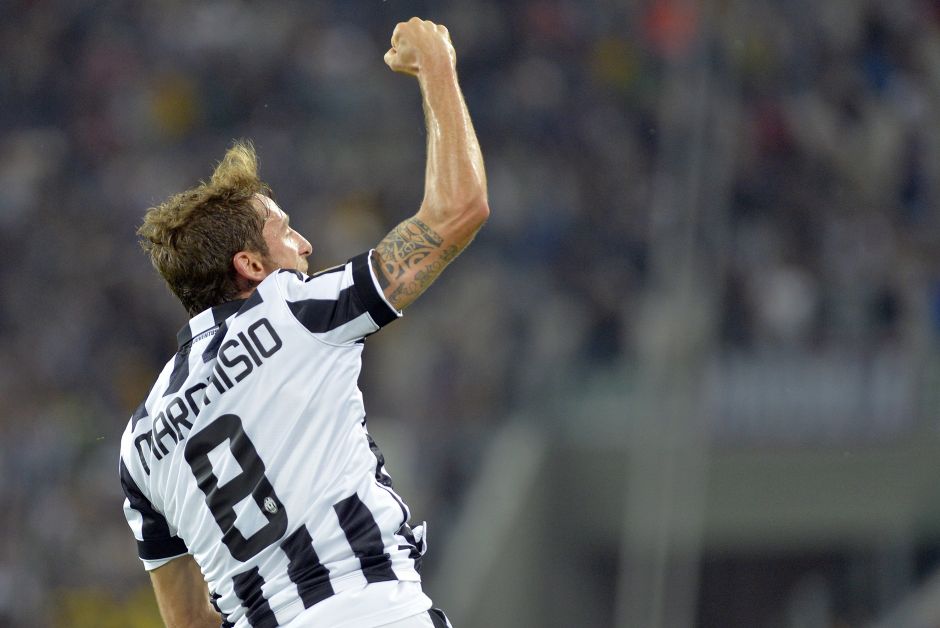 In English football, the number 8 is more often than not adopted by a central midfielder with a knack for goals.

We’re talking about the likes of Steven Gerrard and Frank Lampard who combined hard work with creativity.

In Italy, this number might be a little less inspiring, but the concept is almost similar, as it’s mostly associated with box-to-box midfielders, which can be roughly be translated to Mezzala.

So let’s take a look at the last five players to wear the number 8 jersey at Juventus, and rank them based on the success (or lack of) they found while sporting this number.

Most of us would have expected Aaron Ramsey to be at rock bottom, but the Italian’s tenure in Turin was even more forgettable.

The retired midfielder arrived to Juventus in 2005 and acted as benchwarmer for the likes of Emerson and Patrick Vieira, but was expected to stamp his authority on the middle of the park following their departures amidst the Calciopoli scandal.

Giannichedda wasn’t exactly terrible, but he never really inspired while wearing the number 8 in Turin, despite playing against Serie B sides.

Following a long and successful stint at Arsenal, the Welshman landed in Turin as Claudio Marchisio’s supposed heir.

Unfortunately for him, he hasn’t been able to display his best form in Italy, as he continues to suffer from physical problems.

The repeated changes of the technical staff didn’t help his settling either.

The Italo-Brazilian is mostly remembered as an expensive flop, but we’ll only focus on his primary season with the Bianconeri because he later switched to the number 11 following Pavel Nedved’s retirement.

The striker enjoyed a stellar start to the 2008/09 campaign, scoring vital goals for Claudio Ranieri’s men, including a brace against Milan.

His form massively dropped in the second half of the campaign, but he still amassed 14 goals throughout the season, which is enough to land in a spot in the middle of the list.

Whether he was playing for Juventus or the Italian national team, the winger had always been associated with the number 16.

But for one reason or another, the 2006 World Cup winner decided to adopt the number eight for the 2007/08 season.

This probably wasn’t his best campaign at the club, but he still scored vital goals against Inter during both league fixtures.

Moreover, this is Camoranesi we’re talking about. A true Juventus royalty. So his place is always going to be high on the list.

Was there any doubt about it?

After few good seasons at the club, the youth product was trusted with the number eight, and he defined what it means to be a modern box-to-box player.

The Italian pledged his loyalty to the Old Lady, and despite his underrated set of skills, he was always willing to get his hands dirty for the cause.

The Turin native eventually had to leave the nest as he desperately tried to resurrect his career that was wrecked by injuries, but he remains one of the best players to wear the number 8 jersey throughout the club’s elusive history.

Early probable lineup for Juve’s trip to Bologna: Who will replace Dybala?