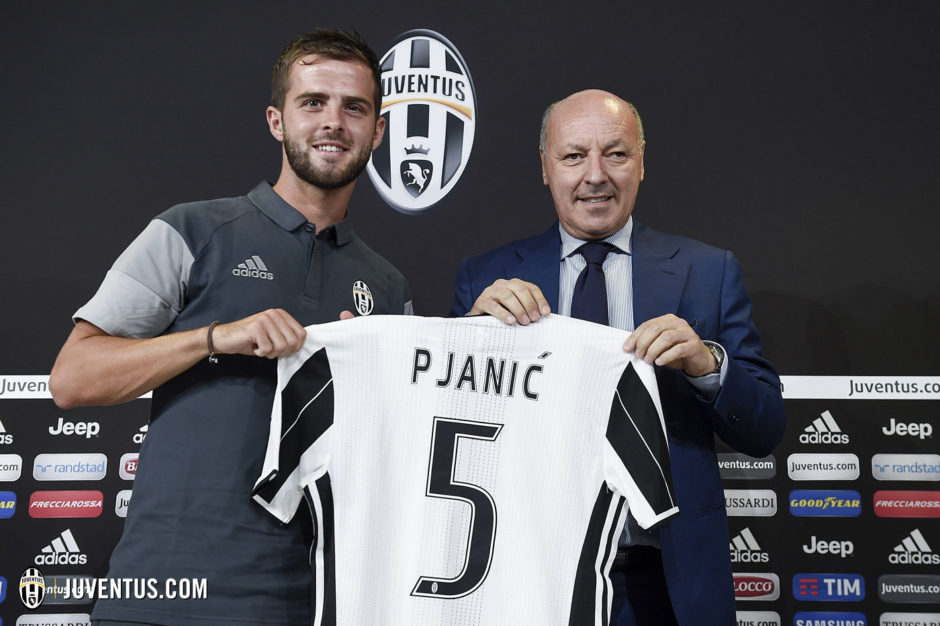 Opinion: Ranking the last five players to wear the number 5 at Juventus

For one reason or another, the number five has largely been an afterthought at Juventus, and the list of players who donned it pales in comparison to other iconic numbers, including ten, six or even 21.

In the last decade or so, things took a turn for the worse, with some of the players who wore the number enduring forgettable spells in Turin.

So let’s check out the last five players to wear the number 5 at Juventus and rank them based on the success they found while donning the jersey.

In the summer of 2011, Giuseppe Marotta and Fabio Paratici shook the whole landscape of Italian football by luring great players who helped Juventus kickstart a new era of dominance.

However, Michele Pazienza wasn’t one of them.

The former Napoli man barely made an impact in the middle of the park, and despite the lack of depth at the time, the management sent him on loan to Udinese after just six months and eight appearances.

The former Liverpool man had donned the 22 jersey following his arrival in 2008, but ended up sponsoring the number five during his last campaign in Turin.

Unfortunately, this turned out to be a disappointing one for the Malian, who struggled for playing time before ending his season with a serious knee injury.

While Juventus fans label him as a major flop, Arthur still lands in the middle of the pack, largely thanks to the abysmal competition.

The Brazilian is obviously a talented player, but has been struggling to express his prowess in the last three years or so between Barcelona and Juventus.

Before turning into a staple at the back for West Ham United, Angelo Ogbonna was a benchwarmer in Turin.

Nonetheless, it should be noted that the Italian was always going to struggle to break into the starting lineup in the presence of the most dominating defensive unit in world football at the time (Barzagli, Bonucci and Chiellini).

So collecting 55 appearances during his two campaigns at the Allianz Stadium might be an impressive feat after all.

Was there any doubt about it?

The whole list would have been even more dreadful if it wasn’t for the Bosnian maestro.

The midfielder was at the peak of his powers during his first two campaigns with Juventus, becoming a force to be reckoned with on the international stage.

It was often noted how the entire Bianconeri midfield would become defective in his absence, and perhaps it’s no coincidence that the club’s recent woes ensued following his demise and eventual departure