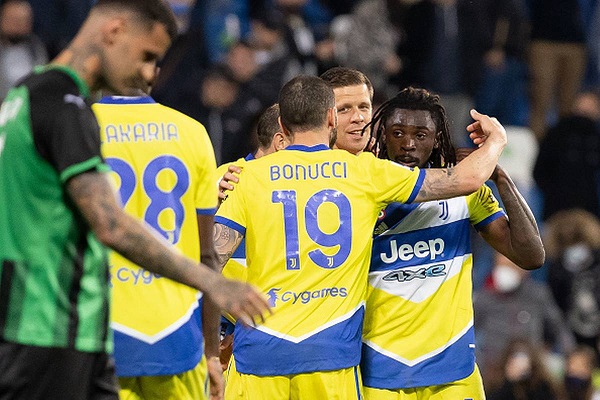 Following a horrific start to the campaign, many fans and observers alike expected Juventus to miss out on Champions League football next season.

But after displaying some improvement starting from December, the Bianconeri entered the race for a spot in Europe’s most desired competition.

Yet, few among us had expected Max Allegri’s men to book their place in the competition’s next edition this early. In fact, what appeared to be a tight race only a few months ago had threatened to keep us on our toe until the very end.

We all remember how Juventus earned fourth place last season on the back of an epic finale and partially thanks to Hellas Verona’s efforts (who held Napoli to a draw).

Nevertheless, none of it was on display this term, as the Turin-based club secured a top four finish with three matches to spare following Roma’s goalless draw to Bologna.

So what changed between the previous campaign and the current one? Has the team improved under the watchful eye of Allegri, or is the case of weaker opposition?

First, it’s hard to deny that the team has been slowly but noticeably developing under the returning manager’s tenure (at least in terms of results). It’s enough to compare the club’s position in the table and points amassed during the first half of the season with the stats registered during the second part of the campaign.

In fact, the Bianconeri would have arguably won the title had they began the season on the current form.

Yes, the team’s attacking stats remain mediocre, but the manager succeeded in repairing his defensive walls that were leaking goals throughout the previous campaign.

But on the other hand, we must also admit that the chasing pack offered the Old Lady the Champions League spot on a silver plate, with Roma, Lazio, Fiorentina and Atalanta outdoing one another in the art of dropping points.

During the past few campaigns, La Dea’s presence amongst the elite caused a stir for the traditional big boys, leaving them hustling for top four finish.

But with Atalanta vanishing from the picture, Juventus and Napoli didn’t have to endure another grueling battle similar to last season’s, and will thus enjoy a calm season finale.

In conclusion, Juventus might be on the right path again – and this statement will truly be put to the test next season – but it’s the lack of resistance from the fading opposition that has mainly granted us safe passage towards Europe’s elite club competition.

Report reveals why Juventus wants to sign Serie A midfielder