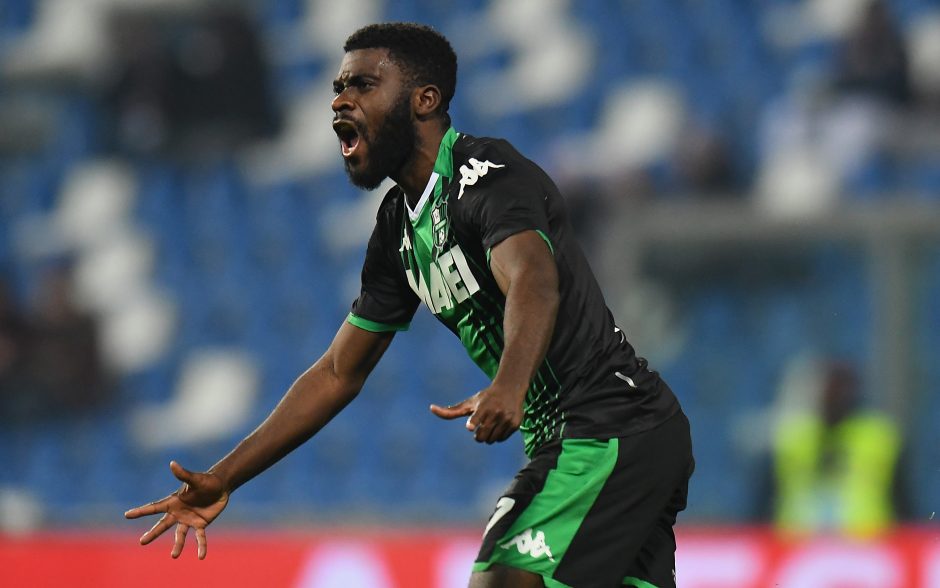 For the first time this season, Juventus find themselves inside the Top four spots (even though Atalanta have a match in hand).

However, this scenario could be cut short if they succumb to another defeat at the hands of La Dea.

But this time around, Atalanta will have to find themselves a new hero following the injury of Duvan Zapata (who was the author of the lone goal in the reverse fixture).

Nevertheless, the wounded Orobici still possess some brilliant talent within their ranks, including the following three men.

The former Chelsea wingback might be one of the most underrated players in his position. He can play on either flank, and is notorious for his wonderful crosses and dangerous shots.

Following an underwhelming first half of the season at Sassuolo, the Ivorian is adamant on reminding everyone in the peninsula why he is considered amongst the deadliest wingers in the league.

The Chelsea youth product already displayed his dribbling and scoring prowess against Fiorentina in the Coppa Italia, and will be an extremely dangerous weapon for Gasperini, whether as a starter or as a super-sub.

While the absence of Zapata will take its toll on Atalanta’s frontline, the other Colombian hitman will try to capitalize on the situation to cement himself as a pillar in Bergamo once again.

This season, he has already scored 5 Serie A goals and provided 6 assists, but he surely knows that he could do better, and will be eager to improve his stats at the expense of Juventus.

The former Sevilla man can be dangerous whether he’s inside the box or on the edge of it.

Raiola trying to bring Milan defender to Juventus, but another Serie A side enters the fray