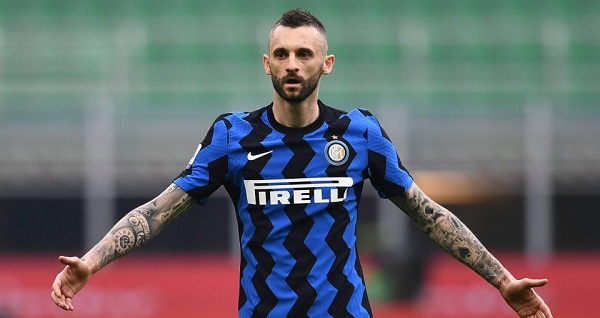 Opinion: Three Inter players that Juventus must look out for on Sunday

This Sunday, the Allianz Stadium will host one of the most anticipated fixtures of the Serie A campaign, as Juventus and Inter go head-to-head in the Derby d’Italia.

The two sides had shared the spoils in the reverse fixture, while the Nerazzurri emerged victorious when the two arch rivals clashed heads in Italian Super Cup last January.

Therefore, these two teams know each other too well by this point. However, we’ll try to identify Simone Inzaghi’s three most dangerous players ahead of the big battle.

Even though mentioning the Croatian’s importance to the Italian champions has been well-documented at this point, we simply can’t pass by without pointing to the fact that the midfielder might just be the team’s most irreplaceable player.

The Regista has been dealing with an injury setback as of late (which took its toll on Inter’s latest underwhelming results), but he should be available for the big clash.

In the last 18 months, Dejan Kulusevski used to be the designated man to apply pressure on Brozovic, so let’s see what Max Allegri has in store for this one.

Despite being on the wrong side of 30, Inter’s other Croatian has managed to recreate himself as a wingback to fit within Antonio Conte’s tactical system as well as his successor’s.

The former Bayern Munich winger has been a total menace for the opposition, creating all sorts of danger from the left flank with his runs, crosses and shots.

His personal battle against Danilo will be one of the most thrilling duels on Sunday night.

After enduring a period of drought, the Argentine has recently reconciled with the net. While some would say that he’s far from his best form, he remains one of the most dangerous strikers in Calcio.

If Juventus allow the 24-year-old some space between the two defensive lines, he could easily punish them with his trickery, skills and clinical finishing touch.

Juventus loanee has admirers in the Italian capital

Video – On this day, Kean silenced the haters at Cagliari