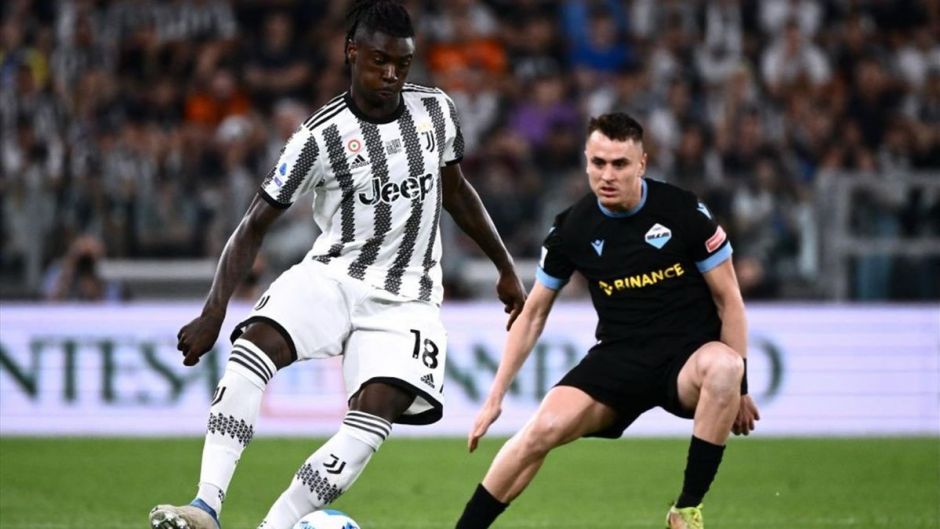 While 2022 will go down as one of the worst years for the club in recent memory, at least Juventus managed to end it on a high note, painting a brighter picture for the upcoming one.

The Bianconeri extended their domestic winning streak to six when hosting Lazio last night, all while collecting another clean sheet.

This was arguably the most impressive performance displayed by Max Allegri’s men since the start of the season, with the team looking compact at the back, the midfield dominating the personal duel and the strikers being sharp upfront.

Moise Kean has cemented himself as the ultimate star of the show by earning a personal brace, while Arek Milik eventually got his name on the scoresheet, and deservedly so.

So here are out three takeaways from Juve’s 3-0 win over Lazio, which saw them rise to third place in the standings.

Earlier on Sunday, rumor has it that Juventus are willing to let Adrien Rabiot leave once his contract expires in order to make room for Sergej Milinkovic-Savic.

But what may have sounded like a no-brainer in the morning turned into a less convincing idea by the final whistle.

Ironically, the two men went head-to-head in a personal duel on the pitch, but it was the Frenchman who emerged victorious. In fact, the former PSG man was the architect behind the opener, providing the assist for Kean after dispossessing the Serbian rather easily.

Now surely Milinkovic-Savic remains one of the best in the game, and a section of cheeky Juventus supporters in the stands applauded him last night, perhaps in an attempt to lure him towards the club, but this time, his showing at the Allianz Stadium hardly inspired his longtime suitors.

Regista in his Own Right

Since his arrival to Turin, we’ve been arguing that Manuel Locatelli is more of a box-to-box midfielder than a Regista.

Perhaps this argument still rings true till this very day, but the former Sassuolo man is developing into a fine defensive midfielder in his own right.

Perhaps he’ll never become a deep-lying playmaker in the mold of Andrea Pirlo or Miralem Pjanic, but the Italian is an absolute beast in the middle of the park when it comes to shielding the backline and retrieving the ball.

And on some occasions, he can unlock plays with flashes of talent, as portrayed by his lovely ball towards Filip Kostic which culminated in Kean’s second goal.

This season, Allegri has been repeatedly tinkering in both the tactical formation and the personnel.

But recent weeks, the manager has become increasingly convinced that a back-three is more suitable to the defenders at his disposal. Yet, finding the right combination of players is another matter.

Nonetheless, the defensive trio of Danilo, Gleison Bremer and Federico Gatti appears to be the ideal set, as it boasts the right amount of experience, youth, strength and technique, proving that Juventus can cope without the rapidly declining Leonardo Bonucci.

Journalist highlights Juventus athleticism in their win against Lazio