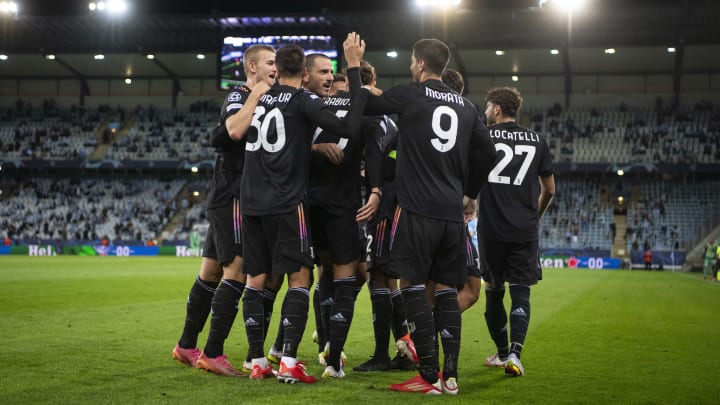 Well, it surely took longer than expected, but Juventus have finally earned their first official victory of the season following a winless run in their first three Serie A matches.

Max Allegri’s men were adamant on taking all three points on their Champions League opener, and they did it in style. Alex Sandro broke Mamlo’s resistance, Paulo Dybala doubled the lead from the spot, and Alvaro Morata sealed the win with the third goal before the half time whistle.

So here our three takeaways from the Old Lady’s 3-0 victory against their Swedish hosts.

When Juventus signed Manuel Locatelli this summer, two main questions were asked: “Is he good enough for the club? Will it be enough to fill the midfield holes?”

While time should provide us with the answer for the second question, the former Sassuolo man is proving to be more than capable for the tough task.

Even though his best position remains arguably the box-to-box midfielder, the 23-year-old acted as a confident and assuring presence in the deep-lying playmaker role – something that the team lacked last season, with the likes of Arthur and Bentancur struggling in the Regista position.

In this day and age, football managers tend to create versatile formations, instead of the rigid lineups witnessed in the past. Andrea Pirlo had come and gone, and we’re still not sure what was his favorite tactical lineup.

It appears for now that Allegri is also adopting variable formations. On paper, we were told that Juventus played 4-4-2 against Malmo. But with Adrien Rabiot pushing to the middle at times and Juan Cuadrado bursting forward it could have been a 4-3-3 lineup, and then we had Alex Sandro galloping on the left flank, almost turning it into a 3-5-2 formation.

Perhaps the manager is still experimenting with his new squad, or maybe he just intends to confuse his opponents with his hybrid formations.

As we mentioned above, the coach is adopting a versatile formation, and thus he needs versatile players. Enter Adrien Rabiot. The Frenchman made his bones as a central midfielder who pushes slightly to the left, but it appears that both Allegri and Didier Deschamps see his potential on the flank.

The former PSG man shifted between a left winger and his original central role for the second match in a row, and this time, it worked pretty well, as he pulled off an impressive performance.

Pirlo tried to use Aaron Ramesy in a similar role on the left flank last season, but perhaps Rabiot was the more accurate answer for this position after all.

The confirmation should come in the upcoming fixtures.

Juventus and the South American effect