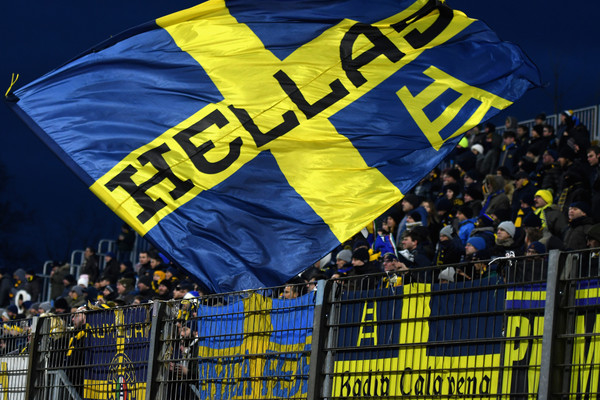 Opinion: Three Verona players that Juventus must look out for on Sunday

This weekend, the Serie A resumes its action with an action-packed round. While the Milan derby will steal all the headlines, the observers are also waiting to see Juventus with their new and improved look.

The Bianconeri will host Hellas Verona on Sunday, and will be looking to avenge themselves following a defeat in the reverse fixture.

Giovanni Simeone was the author of the brace that brought down the Old Lady, but the Argentine bomber will miss Sunday’s clash due to a ban.

Nevertheless, the visitors still possess a host of dangerous players, including the following three.

At the age of 30, the Inter youth product is arguably at the very peak of his powers.

Operating on the right flank, the Italian is a vital element of Igor Tudor’s tactical scheme both on the attacking and defensive phases.

This season, he has already contributed in two goals and four assists in the league. Whoever features on Max Allegri’s left flank will have a tough task ahead of him.

Throughout his playing career, the former Sampdoria man has always been a talented player, but one that wasn’t able to fulfill his true potential.

However, the 28-year-old is enjoying a revival this season, and has slowly but surely cemented himself as one of the best second strikers in the country outside of the top seven clubs.

He has already found the back of the net on eight occasions this season, while providing five assists for his teammates.

Caprari will definitely be one of the main threats for the Bianconeri, especially when he’s operating between the lines.

Simeone might be missing, but truth to be told, the Argentine has been misfiring in the last few weeks.

On the other hand, Nikola Kalinic has been rising up to the task and scoring vital goals for the Gialloblu.

The experienced Croatian had his ups and downs in his career, but at the moment, he appears to be finding his groove once again.

Allegri unleashes Vlahovic: “Among the best like Haaland and Mbappé”

Report reveals the three positions that Juventus could bolster next summer