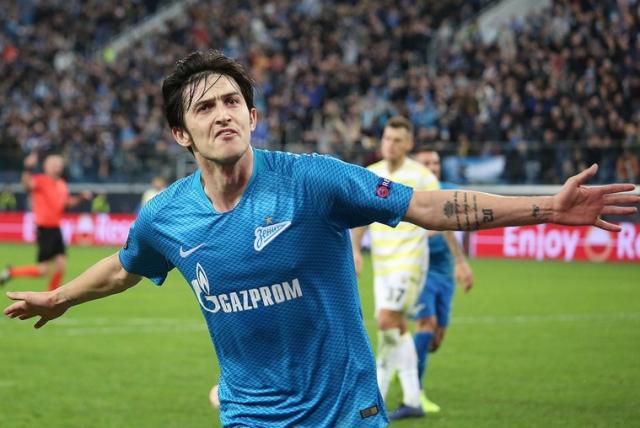 On Wednesday night, Juventus will try to maintain their perfect Champions League record this season when they play Zenit St. Petersburg away from home.

The Bianconeri have already brushed aside Malmo on the first matchday before upsetting Chelsea on home soil.

Nevertheless, the Russian side is still in the running for a qualification spot after beating Malmo last time around. Moreover, they even managed to impress during their losing effort at the Stamford Bridge.

Sergei Semak actually possesses some up-and-coming stars amongst his ranks, including these three players that Max Allegri should look out for.

The Colombian is originally a tough defensive midfielder who has been linked with several top clubs in the last few years.

For one reason or another, the 28-year-old has thus far remained at Zenit, and he’s currently being deployed as a center back, and he’ll be looking forward to give Federico Chiesa and company difficult times.

Serie A fans will remember Malcom as the young Bordeaux talent who was all set to join Roma before changing destination in the final minutes to sign for Barcelona.

Despite failing to produce the goods at the Camp Nou, this doesn’t rule out the fact that the 24-year-old remains an immense talent – just ask the likes of Antoine Griezmann and Coutinho who also failed to deliver for the Catalan club.

The Bianconeri should keep a close eye on the winger who has all the tricks and skills to cause havoc in the final third.

Apparently, every nation has at least one player who’s nicknamed after Leo Messi, and Iran is no exception.

The 26-year-old is a deadly striker with a wide range of weapons. From clinical strikes, to precise headers, the Iranian has all what it takes to punish Juventus if he can slip away from the defenders just for a split second.