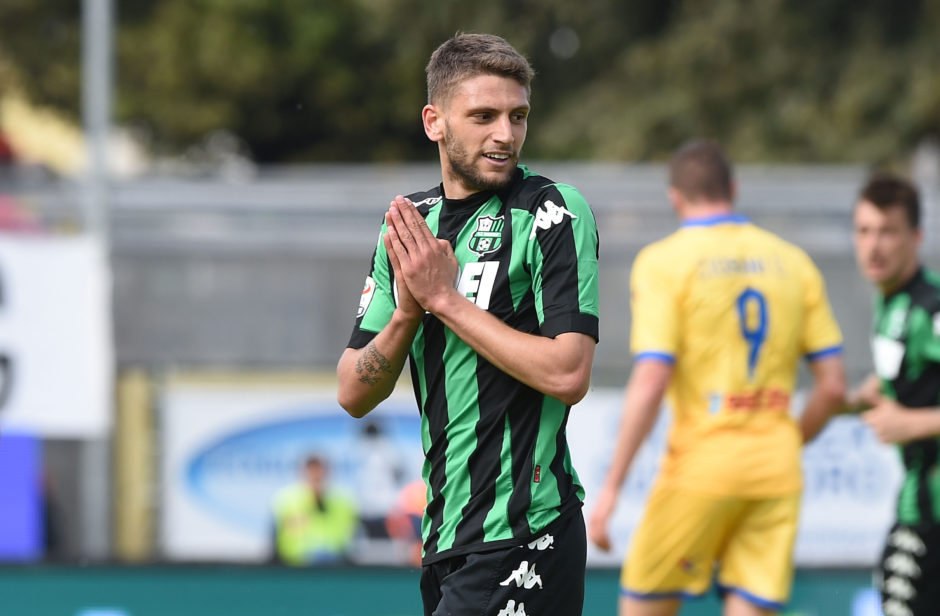 On Monday, Sassuolo hosted Juventus at the Mapei stadium. The Bianconeri labored their way to victory, but the encounter also gave us the chance to closely monitor some of the players that the club is being linked with.

So which members of the Neroverdi bunch should Federico Paratici and company attempt to sign this summer?

Let’s study each case on its own.

We begin with the main candidate. The Euro 2020 winner is one of the possible candidates to replace Paulo Dybala at Juventus. The young man only solidified his reputation with a strong outing marked by a clinical finish.

Raspadori has all the makings of a well-rounded second striker, and the Bianconeri management should definitely place him high on the shortlist.

The Sassuolo captain is one of the most talented players of his generation. But despite being repeatedly linked to Turin, he remains at the Mapei Stadium, and perhaps for a good reason.

As we can notice during his outings for Italy, Berardi struggles to replicate his exploits on the big stage. Perhaps Juventus would be better off looking elsewhere.

Although he didn’t score against Juventus, the 23-year-old displayed his prowess against Max Allegri’s men. He’s strong, dedicated to the cause and vicious in front of goal.

However, he’s just too similar to Dusan Vlahovic. Hence, Juventus must find themselves a different profile for the attack.

Despite being on a red hot form, the Ivorian failed to showcase his case against the Old Lady. However, he remains one of the most talented young stars in Serie A as well as a versatile player who can feature on the wing or in midfield.

Juventus could have signed him last summer for around 16 million euros, but didn’t exercise their first refusal option. But if he would be available for a reasonable price, then Cherubini should certainly give it a second thought.

Once again, the young Italian proved why he’s one of the finest box-to-box midfielders in Serie A with an energetic performance from one end to the other.

While he would probably be an improvement on the likes of Adrien Rabiot and Weston McKennie, he still wouldn’t solve the midfield’s main problem.

But this guy might be the answer after all.

Interestingly, the Frenchman hasn’t been linked to Juventus just yet, which is surprising considering the fact that he’s the type of deep-lying playmaker that our squad is crying for.

The former Marseille controlled the tempo in the middle of the park against his peers on Monday night, and was one of the main reasons why Sassuolo dominated possession throughout the match.