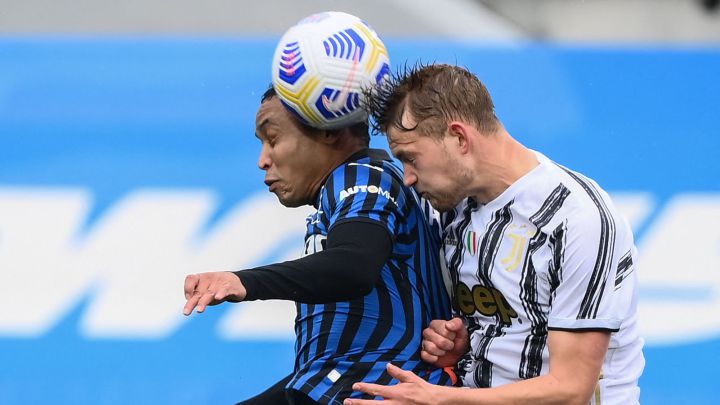 Opinion: Who are Juve’s most dangerous opponents in the battle for CL spot?

Following an underwhelming start to the campaign, Juve’s Scudetto dreams have faded as early as October.

While some still dream of an unlikely triumph reminiscent to the 2015/16 scenario, the odds are extremely against the Bianconeri who currently sit in the 8th position, 14 points adrift from the lead.

With Napoli and Milan on par at the top of the table, and defending champions Inter still at a striking distance, the trio should be considered as the favorites for the title, and their chances of securing Top 4 spots are considerably high.

As for the Bianconeri, their most realistic target at this point could be securing the fourth Champions League spot in order to avoid a financial disaster and maintain their position amongst the elite.

However, this won’t be an easy task either, with several clubs ready to land a blow to the Turin-based side.

So let’s take a look at the clubs who can jeopardize the Old Lady’s run towards a Top 4 finish.

Surely an outside bet, but one that Juventus can’t ignore, especially after getting dominated by Giovanni Simeone and company in a recent meeting.

The Gialloblu have been on a brilliant form since the appointment of Igor Tudor, with Juve, Roma and Lazio all being on their victim list.

A Top 4 spot might be unlikely, but Verona is a city that knows a thing or two about underdogs.

Another unlikely contender, but Vincenzo Italiano has transformed the Viola into an exciting team to watch.

Unlike Verona, the Tuscans have a poor record against the big clubs thus far this season, otherwise they would have found themselves higher in the table.

After an impressive start to the campaign, José Mourinho was expected to be the man who leads the Romans back to the Champions League.

However, things quickly turned sour for the Special One, who is now relying on a small group of players while exiling the rest.

Unless the Giallorossi invest heavily in the January transfer market, the lack of depth could sabotage their whole campaign.

Maurizio Sarri’s revolution in the capital is beginning to gain steam, despite some setbacks in the earlier weeks.

It appears that the Biancocelesti players are buying into the tactician’s philosophy – which wasn’t the case at Juventus.

How far can the Eagles go under the guidance of the former Napoli manager remains to be seen, but they’re surely one of the main contenders for a Champions League spot.

La Dea still possesses the same manager and almost the same squad that reached the Champions League in the last three seasons.

Therefore, the Orobici could be the natural favorites for yet another Top 4 finish, which has become a customary achievement in Bergamo.

Gian Piero Gasperini’s men currently sit 4th in the table, and they could well be Juve’s most dangerous opponents in the Champions League race.

Marchisio defends Ronaldo: “He was never a problem”