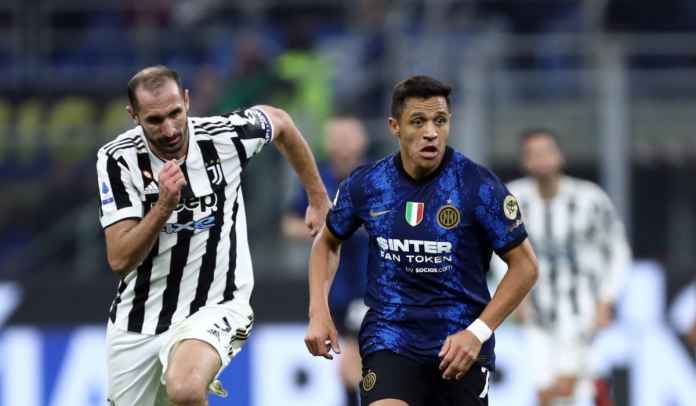 Well, Max Allegri said it perfectly. In moments like these, one would feel that football was created by the devil.

The manager was speaking following Juve’s last-gasp defeat at the hands of Inter in the Italian Super Cup.

Weston McKennie had given the Bianconeri the lead, but Lautaro Martinez equalized from the spot before halftime.

The score remained 1-1, until a devastating Alexis Sanchez winner at the 121st minute.

So while losing a trophy in such a dramatic fashion and against an arch-rival is never an easy pill to swallow, here are three reasons why the Bianconeri fans shouldn’t be too despaired by the outcome of the encounter.

Before kickoff, Inter entered the match as the reigning Italian champions and the current Serie A leaders while riding an impressive winning streak.

This was deemed more than enough for them to be identified as the heavy favorites.

Nevertheless, Juventus proved to be a formidable opponent, and for the second time this season, the Nerazzurri couldn’t beat the Old Lady in 90 minutes despite playing at home.

Even though we’re not in favor of offering excuses following a defeat, but Allegri entered the match with a depleted squad, while Simone Inzaghi had all the weapons he needed at his disposal.

On the other hand, the Beneamata were able to rely on their best XI, before gradually introducing five solid players from the bench, and three of them combined to seal the winner.

So if the roles were reversed, perhaps the outcome would have been very different.

Surely a trophy is a trophy, and the Bianconeri are now running the risk of ending the campaign without winning a single title.

But if that lone trophy turns out to be the Italian Super Cup, would it have made any difference?

Of course not, just ask Andrea Pirlo who got sacked despite lifting the title 12 months ago, while also winning the Coppa Italia at the end of the season.

And how about Maurizio Sarri and Allegri himself who were booted on the back of Scudetto triumphs.

Therefore, a Supercoppa Italiana is far from being a make or break moment in the campaign (at least not for Juventus).

Would any Juventus fan be willing to trade the memorable league win against Roma last Sunday with a Super Cup victory?

I know I wouldn’t.