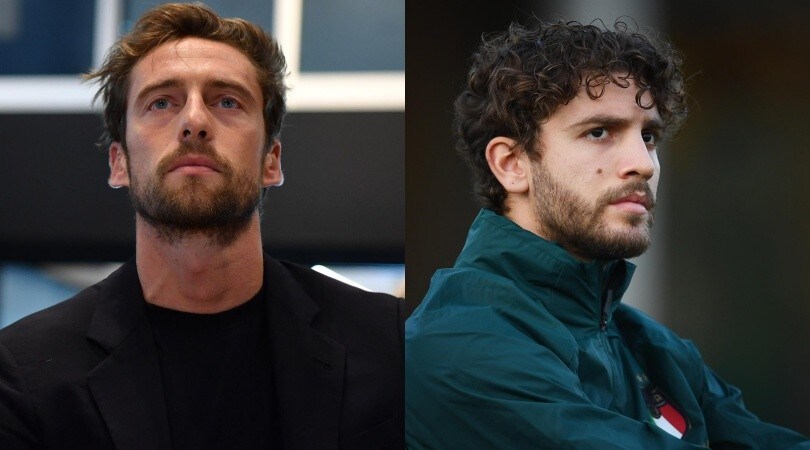 Opinion: Why Locatelli might be this generation’s version of Marchisio

Between 2009 and 2011, Juventus endured a bleak period that saw the team finishing twice in 7th place.

During that time, the Bianconeri were still able to rely on a decent if not spectacular attacking unit that was at times dragged by Alessandro Del Piero, while Gianluigi Buffon and Giorgio Chiellini did their best to make up for the shortcomings of their defensive partners.

Nonetheless, the midfield was the mother of all problems. Sounds familiar?

The criminally underrated Cristiano Zanetti carried the department until 2009, but the Old Lady was left with the likes of Cristian Poulsen, Mohamed Sissoko and the much-maligned Felipe Melo to operate in the middle of the park.

The result was simply atrocious, and would have been even more catastrophic if it wasn’t for the emergence of a certain youth product who slowly but surely took over the reign.

Claudio Marchisio didn’t master any aspect of the game, but he taught himself how to do it all. Defending, running, scoring, assisting… he would do anything to help the club’s cause.

On the other hand, Manuel Locatelli’s path was slightly different. A self-proclaimed Juventus fan, the young Italian rose through the Milan youth ranks before cementing himself as one of the best in the country during his spell at Sassuolo.

The 23-year-old landed in Turin along with big expectations, and until now, he hasn’t disappointed.

Similar to 2009-2011, the current squad’s Achilles Heel is the midfield department, and reminiscently to Marchisio in the past, Locatelli is now the main bright spot in an otherwise somber pool.

The two men have their similarities as well as their differences in terms of playing style. Manuel might be more physically imposing and enjoys playing long balls while Claudio was arguably better at running towards the box and exquisitely finishing his chances.

However, their main resemblance lies in their squad status during their early years at the club (without counting Marchisio’s time with at the youth sector), with both of them being considered as the ultimate best in the midfield department.

This position has it pros and cons. On one hand, every player enjoys being the main attraction, the one that everyone resorts to.

But on the opposite side, being surrounded by mediocrity ends up limiting the player’s capabilities.

In Marchisio’s case, we all knew that he has all the making of a star midfielder since his early years at the club. But we were unable to witness his best displays until the arrival of formidable partners in Arturo Vidal, Paul Pogba and especially Andrea Pirlo.

Thus, Locatelli might be the ultimate star of the show in Juve’s midfield at the moment, but he won’t reach the next level unless the club pairs him with quality players in the middle of the park.

This scenario could end up limiting his stardom, but as Marchisio would testify, a cabinet full trophies would make up for it.

Video – On this day, Chiesa inflicts his damage on Dynamo Kyiv