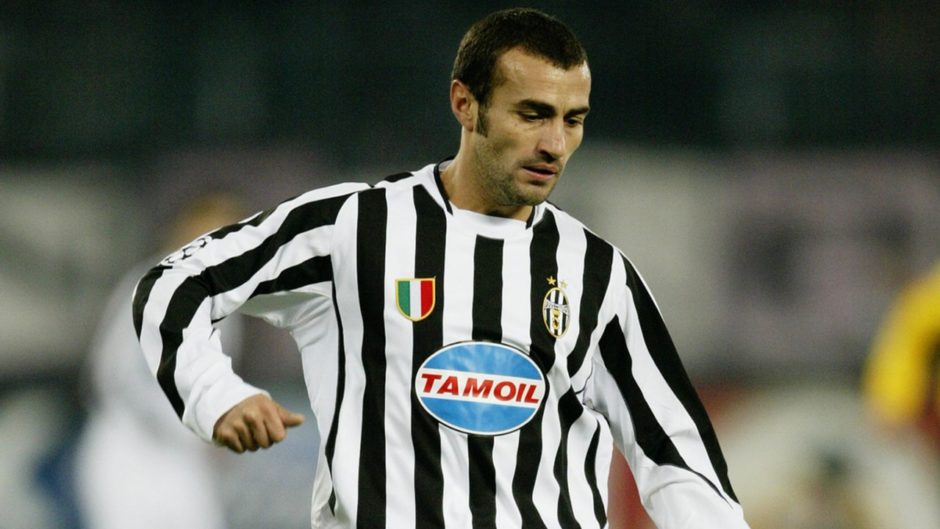 Juventus legend Paolo Montero believes the Bianconeri can win the Champions League and highlights the winning mentality of the new look team.

The veteran defender gave a lengthy interview and offered his take on the current Juve squad while drawing parallels with his own time in Turin. The interview was translated from Italian, originally published on GazzaNet.

“The victory against Manchester United has been confirmation of what has already been done in Valencia,” Montero began.

“If they [Juventus] were to continue on this path, they’re is one of the logical favorites for the final victory [In the Champions League].

“I believe that this Juventus has the ability to do the ‘treble’ because of the large squad a coach like Allegri has at his command. He is a champion, capable of handling the great champions he has available.

“Whether someone is first-choice player or on the bench, whoever plays does it at a very high level.”

“The only comparison I can make between Dybala and Del Piero is the fact that both are strikers, but they are completely different.

“Alex was a champion with To conclude, I should like the document to end with clearly-defined characteristics; Paulo too…and must have peace of mind without being compared to other players.

“The fans expect a lot from him…. I’m happy that he did well in the last few games, I see him very well paired with Ronaldo and I hope he can win the Champions League.”

“When I see Juventus at a disadvantage I do not worry, because I have the feeling that these guys will know how to overturn it.

“This aspect reminds me of my Juve, so I see the juxtaposition very well. And I perceive this, even if I’m a good thirteen thousand kilometers away.

“A few weeks ago I was at the stadium to watch the match against Napoli, despite the disadvantage I saw some very strong players, psychologically, and united in the difficulties they were facing.

“They managed, all together, to defeat Napoli and overturned the negative result. This is perfect for me, but I would be happy if some high-level players like Pogba were to get the group’s competition up.

“I say this taking into account my point of view as a former footballer, because you are always stimulated to give the best of yourself. A few years ago there were two of my countrymen who were close to Juventus: Suarez and Cavani. They would have been two big signings.”

On Bonucci and Chiellini

“I do not want to make a ranking, but certainly they are on a par with Ramos-Varane and Pique-Umtiti. Giorgio is physically stronger than me and in the implementation phase is much better. He is always fierce, he exploits his great height and is the captain of Juventus. He is a great professiona.”

“I saw Bentancur when I was at the end of my career, he was very young and I have not changed my mind about him: he has all the qualities to be able to stay a  Bianconero for at least fifteen years. I really wish he does.

“Despite his age has already played in a World Cup, Tabarez thinks highly of him and even for Uruguay, we rely a lot on his talent. At Juventus, Mister Allegri has a good opinion of him as well and considers him highly.”

“I love Ancelotti and I saw the great match that Napoli played in Paris against PSG. I saw Inter too and for now I think these are the two ‘anti-Juve’ teams. But if Juve continues as it is doing now, I think they’ll will win the title.”

On Allegri and the Management

“I have maintained many contacts within the club, I have sometimes been to Turin and I often speak with Pessotto. I was happy with the managerial career Pavel Nedved is having, even if it’s been a while since we spoke; I know he’s very busy and so I never want to bother him.

“Allegri is a very good person, and as a coach he’s at the top, but what I want to highlight talking about him is that in these five years he was a master in managing the group. He manages it as Lippi and Ancelotti did; At that level this aspect is very important.”

“I’ve known Andrea for many years, he’s doing a great job. I was not amazed by his words on the Champions League, he started to frequent the Juventus environment with his dad when he was very young. He spent many years alongside Moggi and Giraudo, its not a mystery that he considers the latter a second father.

“Moggi and Giraudo were important for the rebirth of Juventus in the mid-90s, they helped the club to regain importance especially at European level. Juventus and Manchester United were the two most important teams. Andrea was the protagonist in the reconstruction of his club, he chose the right men and obtained the results he deserved.”

“I came from Atalanta, which was a team that always bet on young people, there was a great coach like Mondonico and at the end of the season, Vieri and I went to Juventus. The memories I have in this team are beautiful, I always tell my children how we were a real family.

“Juventus never wanted to sell me, personally I was very happy and I did not feel the need to leave. Yet there were some teams that wanted me; When he left in 2001, Zizou called me Real Madrid but I never forced the club to give in to me.

“I was so happy in Turin that, for this, I come back 3-4 times a year. Unfortunately I lost three Champions League finals, but if I could go back, I would like to replay the Amsterdam final with Real Madrid in ’98. The one with Mijatovic’s offside goal.

“I think it’s too easy to say this now, especially after you’ve always talked about it badly. They taught me that when someone’s on the ground, you don’t hit them.

“I feel like the 2004/2005 Scudetto was mine, my last year at Juve. I played a few games because there were Thuram and Cannavaro who deserved to play.

“That was a really strong team, the following year with the addition of Vieira it was even better and competed to win the Champions League.

“Even when Milan won, when i was playing in Bergamo, people said that it was ‘uncomfortable’ and I think it’s always like that. Whoever wins, its not nice.

“I share the words pronounced by Andrea, those in which he states that Juventus respects the sentences and that at his home, in his living room, he can exhibit the photos he likes most.”

Reports claim that Dusan Vlahovic has committed his future to Juventus