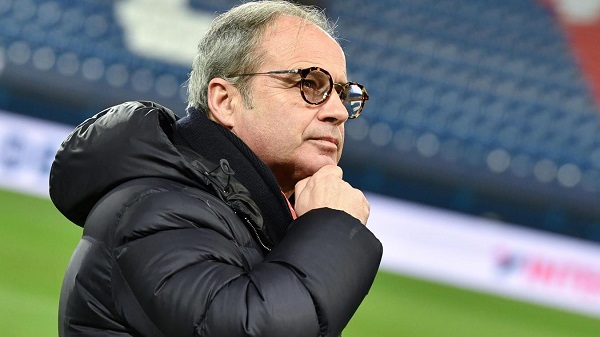 Luis Campos was the unsung hero of the current Lille side that is seriously competing with PSG to win the French Ligue 1 title.

The Portuguese administrator worked efficiently behind the scenes to help the French side continue to thrive even though their team practically gets dismantled every season.

Lille is on the verge of ending PSG’s dominance of the French game even though they have the likes of Neymar and Kylian Mbappe on their books.

While Campos thrived in France, Fabio Paratici has presided over arguably Juve’s worse campaign in the last decade.

The Bianconeri have gone from a team that won nine straight league titles to one that is in serious danger of not qualifying for the Champions League.

It isn’t entirely his fault that the team is underperforming, but someone always has to pay a price and it could be him.

Calciomercato says they could replace Paratici at Juve and one name that is being thought of at the club is Campos.

The Bianconeri have watched the Portuguese do an outstanding job at Lille and they want to bring him to Italy.

Last December, Campos left Lille after a change of ownership at the club and is now available for a new challenge.

Juve has been signing young players in recent transfer windows and that works perfectly for Campos who has worked mostly on spotting and transforming top teenagers into superstars.