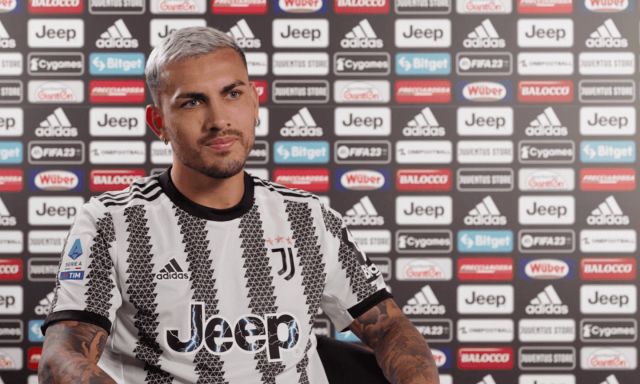 Unfortunately for Leandro Paredes, his stint at Juventus hasn’t started on the brightest of notes.

The Argentine displayed one or two encouraging performances early on, but he hardly inspired afterwards.

Recently, Max Allegri dropped the midfielder from the starting formation, and to make matters worse, he has now sustained a hamstring injury that should keep him out of action for a couple of weeks.

According to Tuttosport via JuventusNews24, Paredes reported the knock on Saturday afternoon, which means that he suffered the injury during the team’s training session on Saturday.

Yesterday, Max Allegri held a session that featured those who didn’t start against Empoli on Friday, as the team began its preparations for the Champions League away fixture against Benfica.

Also according to JuventusNews24, Paredes will miss upcoming matches against Inter and his parent club PSG, but he could make his return either in Verona on November 10, or three days later in the home fixture against Lazio, which will be the last before the lengthy winter break.

While injuries always spell bad news, Allegri has seemingly found some balance in the middle of the park without the Argentine. The manager has been recently relying on the likes of Manuel Locatelli and Adrien Rabiot.

However, Paredes possesses a unique skillset and is arguably the best technical midfielder in our squad (aside from Paul Pogba).

Therefore, it’s extremely important for the tactician to unravel the player’s best attributes during the second part of the campaign.