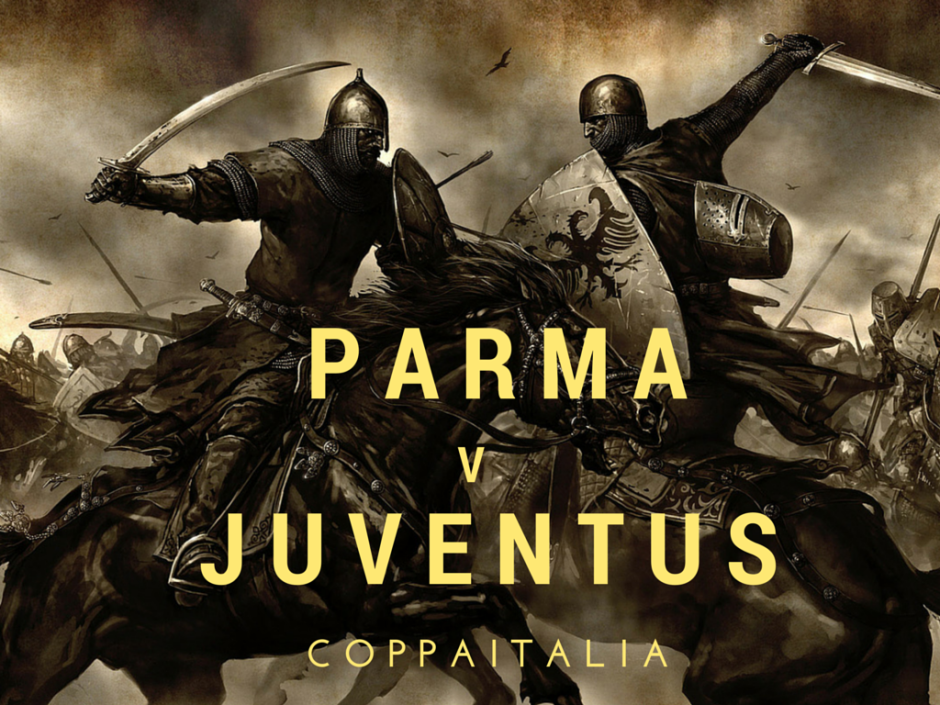 Juventus will be aiming to heap more misery on Parma while moving a step closer to winning their first Coppa Italia in 20 years.

The Gialloblù are having a season to forget having managed just 4 wins in all competitions, sitting at the foot of the table following another defeat, this time at the hands of fellow relegation-battlers Cesena.

To add to their woes, Antonio Cassano has officially rescinded his contract, having taken legal action against the club for six months of unpaid wages. An especially bitter blow when you consider ‘Fantantonio’ was responsible for almost a third of the goals scored by the club this season.

Meanwhile, Juve will be hoping to lift the trophy for the first time in almost 2 decades,  their last Coppa Italia trophy coming way back in the 1994-95 season when, coincidentally, they faced Parma in a 2-legged final which saw Juve run out 3-0 winners over both legs.

The Bianconeri have won their last 4 matches in a row scoring 15 goals along the way while conceding just 2. Rotation will be the order of the day for Max Allegri, especially as Juve will be playing 3 times in the space of a week.

Marco Storari should begin in goal in place of Gigi Buffon while Stephan Lichtsteiner will hopefully start at right-back, given Martin Caceres played last weekend in the 2-0 win against Chievo.

Angelo Ogbonna has been out of action for the last 2 games since injuring his ankle in the 4-0 victory over Hellas Verona but he was in the squad against Chievo and may start alongside Leonardo Bonucci.

Patrice Evra may be rested with Simone Padoin taking his place at left-back while Andrea Pirlo should have recovered from flu to return to the starting XI. Claudio Marchisio is suspended for this weekends game against Udinese so will likely feature as well.

Max Allegri hinted that Paul Pogba will be rested so Arturo Vidal could start alongside Pirlo and Pereyra in midfield with Kingsley Coman possibly partnering one of either Alvaro Morata or Fernando Llorente.

Despite the change of ownership that was supposed to bring some serenity and some financial stability at Parma, the situation of Ducali remains tumultuous. The star of the team Antonio Cassano has just terminated the contract because the wages haven’t been paid in months. The other players have met with some representatives of the Player’s Association to study the next moves: a mini-mutiny that could lead to other departures. It’s pretty simple: if footballers don’t get paid, they don’t play well. We’ve seen this multiple times, especially in the lower divisions.

To make things worse, despite the impressive signings of Cristian Rodriguez from Atletico Madrid, Silvestre Varela from Porto and Antonio Nocerino from Milan, they have lost against Cesena, one of the few teams within their grasp and they remain dead last in the table and reaching Chievo, Cagliari, Empoli and Atlanta, who are actively battling to avoid the drop, is a mirage. The fans have vehemently confronted the team after the disheartening defeat, but they seem resigned to relegation.

When you collect only nine points in twenty matches, it means that pretty much nothing has worked. The problems started when the former president Tommaso Ghirardi pulled the stunt of “abandoning” his position after they were deprived of the Europa League spot over tax issues, leaving the CEO Pietro Leonardi with no cash in the summer window. Roberto Donadoni is not the main responsible, but he’s on the hot seat and shares some of the blame: his low-key, docile character is probably not suitable for war-time. The squad plays with no sense of urgency.

In Serie A, Parma have won two matches at home, drawing once and losing eight times. But Coppa Italia is a different animal and everything comes down to this: how much they care about it? I guess very little, considering their desperate situation. They face Milan, another troubled team, on the road on Sunday night and they might even think that they could get some points out of that fixture and thus rest the starters.

Predicting the lineup is a bit of a guessing game, but they probably don’t have the depth to use 4-3-3 with the reserves, so Donadoni is likely opt for 3-5-2. Some of the benchwarmers are slated to get the nod in this one: Fabiano Santacroce, Felipe, Pedro Mendes, McDonald Mariga, Lucas Souza, Nicola Pozzi and maybe some youngsters will have a chance to get playing time too. We’ll see if he’ll give the newcomers few minutes to mesh with the others.

They have the worst defense in the league and the return of the rusty Gabriel Paletta hasn’t boosted it: they have conceded 43 goals in 20 matches, more than two per game. They struggle almightily to score too: Cassano was the team’s best with five goals, Paolo De Ceglie (!) is the second best with three. Until they don’t find a good striker, they ain’t going anywhere. The memory of the last encounter between the two teams is still fresh: Juventus hammered Parma: it ended 7-0. 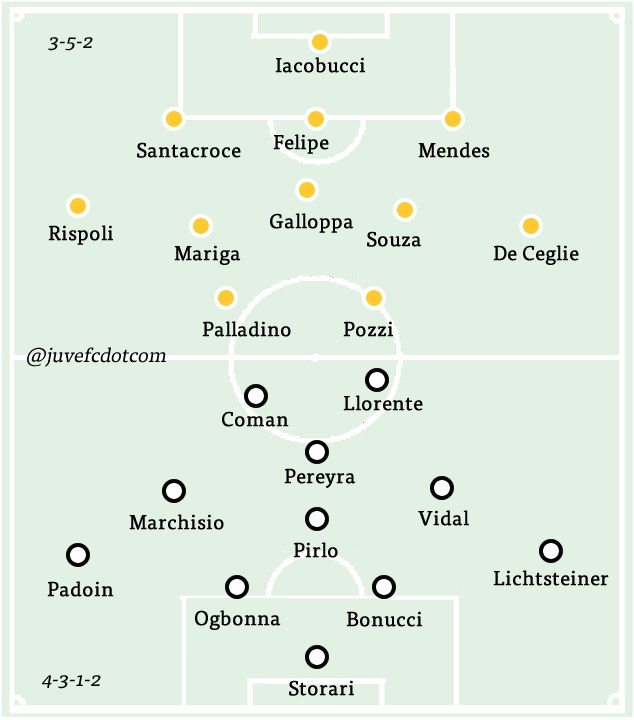