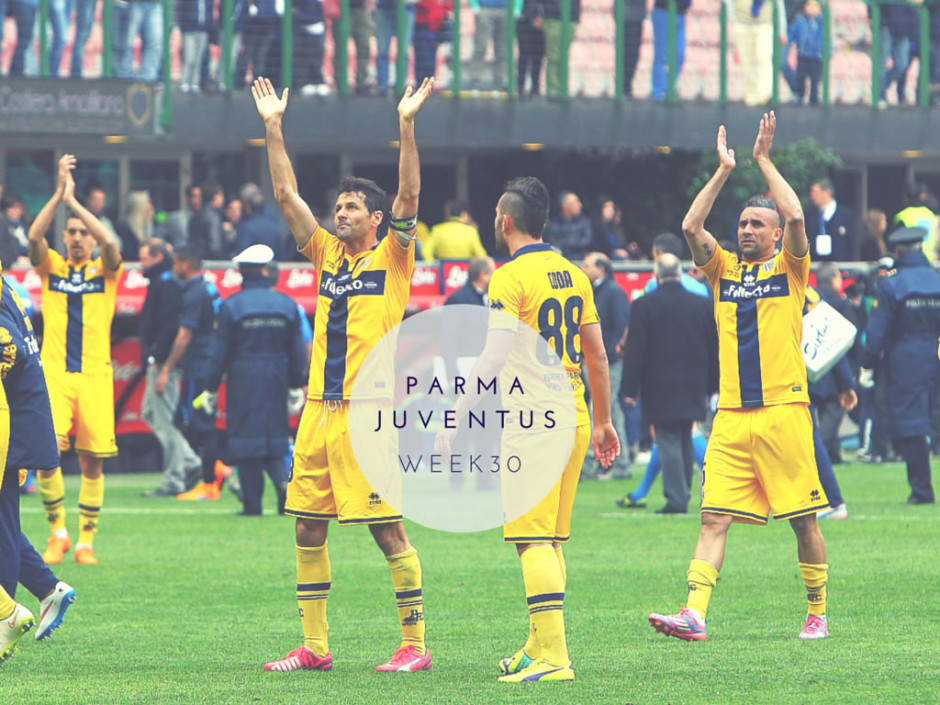 Juventus will be without Andrea Pirlo, Carlos Tevez, Gigi Buffon and Andrea Barzagli for their week 30 match against bottom of the table Parma.

The Gialloblù are all but relegated and almost certainly face a spell in Serie B, the Bianconeri have maintained their momentum at the top of the table and currently sit 14 points clear of second placed Roma.

While the Scudetto isn’t secure yet, Juve are only a few wins away from securing their 4th consecutive Scudetto and Coach Max Allegri believes tomorrow’s game at the Tardini will be decisive.

“Tomorrow we’ll put the best team we can out on the park,” Allegri told journalists in his pre-match Press conference.

“I think this is, as I said earlier, a decisive match for the League.

“Of course that’s if we win tomorrow in Parma which, by the way, won’t be easy, as we must compliment [Coach Roberto] Donadoni and his players for moving forward with such professionalism, and for showing such dignity in a very difficult season.

“Parma also have good players and staff and they’re also a team which competes well physically.

“We need to play a good game, because bringing home the three points tomorrow would be another step toward the Scudetto.

“There’d then be seven games to go and we’d be even closer to our goal, but to do that we have to play a good game tomorrow.

“So tomorrow, we’ll put out the best team we can, because whatever team you select should always be the best for that particular game.”

The Bianconeri boast an impressive record in recent weeks, winning their last 6 matches in a row, while their loss to Fiorentina at the beginning of March remains their only defeat in 2015 to date.

Allegri will likely rotate his team, given next week’s Champions League quarter-final match is only 4 days away, and as such, Italian media are suggesting Juve will field a 4-3-3.

Gigi Buffon has an intestinal virus so Marco Storari will start in his place while Simone Padoin and Paolo De Ceglie will likely start as full-backs in the back 4. Angelo Ogbonna and Giorgio Chiellini could be the best CB pairing, given Andrea Barzagli is an injury doubt while Leonardo Bonucci could be rested ahead of the game against Monaco.

Picking are slim in midfield, so Claudio Marchisio will probably get the nod with Arturo Vidal and Stefano Sturaro to either side of him. 4-3-3 worked well against Parma in two previous outings which would allow Simone Pepe and Kinglsey Coman to play out wide with Fernando Llorente the target man.

Parma are dead last in the table, eight point behind the 19th-place Cagliari and 13 points behind the 17th-placed Atalanta, the first team above the relegation zone. They have the worst record on the road (five points in 13 matches), the second worst record at home (congratulations Cagliari!), the second worst attack in the League (congratulations Chievo Verona!) and the penultimate defense in Italy (another award for Cagliari!). The players haven’t seen a nickel in months and basically they have had as many wins as owners this season. However, somehow, they have just beaten Udinese and drawn at San Siro against Inter.

Kudos to them, because the situation is tragic. The club is now under administration because the debts amount to €220M. The last owner Giuseppe Manenti has been arrested because he was (allegedly) being funded by a criminal organization that hacked and cloned credit cards. The club will be run by the two trustees in bankruptcy, with the help of former FIGC vice-president Demetrio Albertini, thanks to €5M coming from the League and to the help of some sponsors. It will be put up for auction in May or June, but the new owner will have to pay around €70M in “sports” debts to be able to register to Serie B next season. I would say that there is a strong chance that nobody shows up at the auction and that the club is ultimately dissolved; so football in Parma will have to restart under a new name from Serie D. However, there seems to be some interest in the current club, despite the humongous debts, but it’s still early to tell whether the situation will have a happy ending.

In a scenario like that, nobody would blame the players for checking out this season and I believe they certainly did that, especially after that Pietro Ghirardi sold the club to sketchy figures. Paradoxically, after that the judge declared bankruptcy, there are more certainties: the team will play the remaining games of the season and there are no more shady owners at the helm. The squad has found new motivations, whether they play for pride, to prove a point (that maybe, under more normal circumstances, things would have gone way differently) or for a new contract (every footballer could potentially be a free agent in a couple of months). The fans and the town are definitely behind them. I’m a little worried about the narrative going on here, to be honest.

Roberto Donadoni has recently used some kind of 4-3-2-1 (that can easily turn into 3-5-2 moving a couple a pieces), using a central midfielder, usually Antonio Nocerino or Jorquera, along with Silvestre Varela behind the lone striker (Massimo Coda or Ishak Belfodil). However, they could be short-handed in the midfield on Saturday and this could prompt to a more traditional approach to that scheme, using two real attackers (Varela is certain to start, Abdelkader Ghezzal or Raffaele Palladino will be his partner). Daniele Galloppa is out with a knee injury, McDonald Mariga hasn’t recovered from a thigh issuse, Andi Lila (“They only good thing left by [former owner] Rezart Taçi,” they joke in Parma) and Josè Mauri are banged up. In the defense, the captain Alessandro Lucarelli is still suspended after bursting out against a referee and overall they have little quality in front of Antonio Mirante. 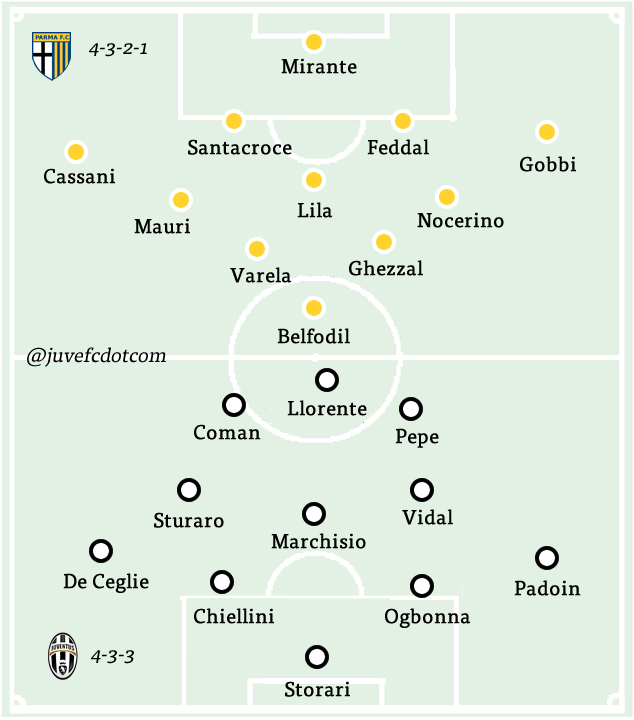