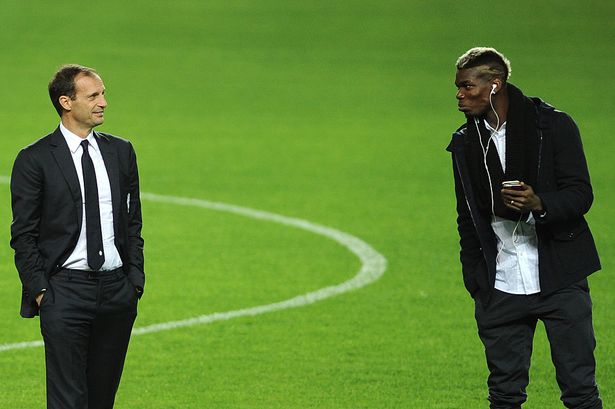 Paul Pogba spent two seasons under the guidance of Max Allegri at Juventus in his first spell at the club.

The midfielder left for Manchester United in 2016 before returning as a free agent this term.

He is reunited with the manager by this move and would now look to continue where he stopped during his first spell.

The World Cup winner shares a wonderful relationship with Allegri and he has revealed they kept in touch even when he was at Manchester United.

“I have always had a very strong relationship with the coach. Nice, honest. He knows me and always pushed me when we were here together. Even when I was in Manchester we kept in touch and talked a lot.”

The relationship a player shares with his manager could be the most important in their career.

When they have a good rapport, it is much easier for the player to thrive on the pitch.

It is not a common occurrence, which is why man-managers like Jurgen Klopp earn a lot of praise.

Pogba’s relationship with Allegri is most likely the reason he agreed to a return to Juve. Hopefully, they will win more trophies together.