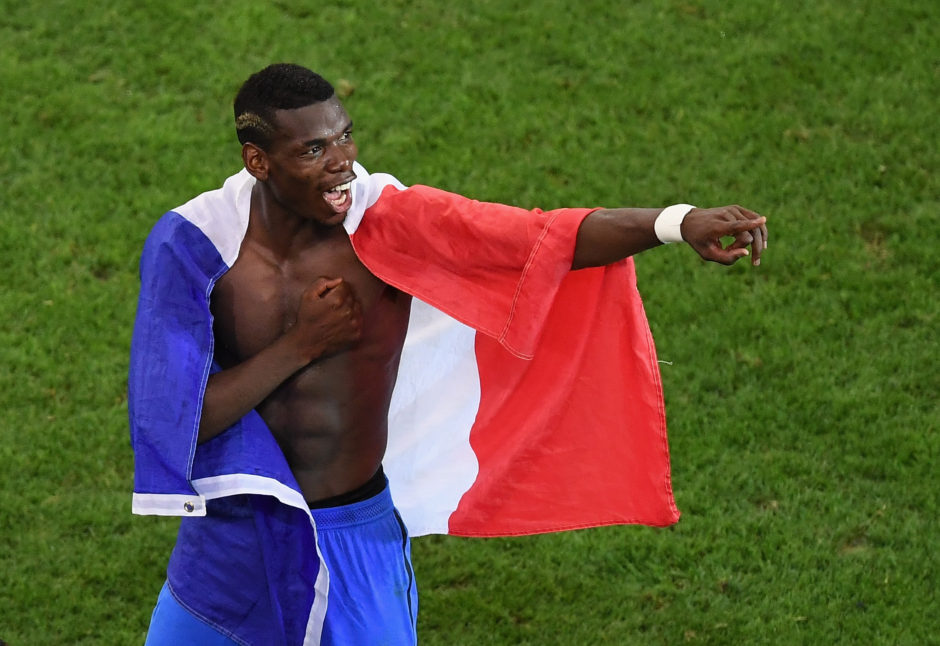 According to the latest reports from Italian media, Manchester United are prepared to make an offer of €120m for Juventus midfielder Paul Pogba.

Sky Sport Italia and others have suggested that United will make the sizeable offer to Pogba’s agent Mino Raiola at the close of Euro 2016….

Look closely amongst the flurry of newspaper headlines, the endless reams of tabloid nonsense, brimming with fantastical figures….look real close and you’ll find the common thread – The Juventus ‘party line’, if you like – The same sentiment that has prevailed during the entirety of Pogba’s time in Turin: Paul is not for sale.

Of course, were you to listen to any of the football experts I’ve had the pleasure of discussing Pogba’s future with over the last few days (many of whom have become experts in Juve’s finances, seemingly overnight!), you’ll hear the same tired arguments, rehashed time and time again: ‘Everyone is for sale’, ‘Serie A is a tinpot/poverty league’ (what does that mean?), ‘we’re the biggest club in the world’, ‘we can buy who we want’. Superb answers, every single one, each with their own merits, each carefully thought out….but let’s deviate from those for a moment and look at some of the things that have actually been said about Pogba in recent weeks/months [At this point I should cite this great article from James Horncastle which inspired my own ramblings].

We have the great Gazzetta Dello Sport interview with Paulo Dybala where he said “I’ve heard from Paul. He’s definitely staying.” I doubt Pogba would have said any different to a teammate but it’s interesting that Dybala would go out of his way to make that point. It also stresses just how close the two have become over the last season – Two players with a very similar mindset.

Then we’ve got Allegri’s interview with Che tempo che fa where he’s quizzed about the future of Juventus players. When asked about Paul, Allegri was quick to say:”Pogba stays”. Once again, a lot can change in football, but there’s no doubt that Allegri wants him to remain for the foreseeable future . When asked about Morata in the same interview, Allegri gave his own unique and telling answer….one that was ultimately right on the money.

Next up, Dani Alves is asked about Pogba and says “I expect to play alongside him, which is going to be a great honour” at his recent press conference. He also considers Paul “an important element of the team and a really great player.”

Last of all, we have Juve General manager Beppe Marotta saying the same thing he’s said for 3 years in a row, albeit in many different variations: “Offers for Pogba haven’t arrived, above all because we don’t want to sit around a negotiating table. He is indispensable for our present and our future. Juventus are not a selling club. In order to win, you have got to have the strength to keep your champions.”

My thoughts exactly Beppe – If we are to continue to build upon the remarkable successes of the last 5 seasons, it can’t be to the detriment of the team. €120m ? Incredible money. Obscene money, but the money will always be there, and the clubs with more money than sense will continue to throw it away with the same frivolity as they have done in years gone by. This will never change.

Do we need the money ? Reading this analysis of Juve’s financial situation makes me believe we’re in a strong enough position to decline. Better still, what a message it would send to turn down yet another ridiculous offer for a player who is adored at the club. What would that say about Juve’s ambitions? What would it tell the other members of the squad?

Since the resounding success of that unbeaten season under Conte, the club’s approach has remained the same – We’re building something for the future, but if a player wishes to leave, they will be allowed to go; A case in point being the departures of Pirlo, Tevez and Vidal last summer. Ultimately, the decision over his future remains in Pogba’s hands. Juve’s position is clear and steadfast, as are their targets for next season. The addition of Dani Alves and Miralem Pjanic shows that Serie A is no longer enough for us; The Champions League is the objective for 2016/17, and rightly so. So what possible reason would Pogba have for leaving at a time like this?

First of all, there’s the money, and lots of it. Sky Italia report that United would offer him a salary of €13m, tripling the amount that he currently earns at Juventus. Secondly, he’s an ex-United player. Perhaps there’s a desire to return to England and play in the World’s Greatest League™ ? Perhaps there’s a feeling of ‘unfinished business’ from his previous time in Manchester? Who knows – I’m playing devil’s advocate for a moment.  Thirdly, United are a big club – The second biggest in the world, apparently…..then again, Paul has never been one for being second. They’re also out of the Champions League next season – An important point as it will surely influence a players decision over a potential move.

Where does this leave us? If an offer comes through, it will down to Juventus to assess it and make a choice, but let’s be honest here, they’ll be damned if they do (How can you sell our star!) and damned if they don’t (How can you turn down so much money?). The overwhelming impression I get is that the decision has already been made and we’re sticking to it. Saying publicly that Pogba isn’t for sale isn’t some ploy to raise the price, it’s a genuine sentiment held by all at the club. Our best players aren’t for sale. If the Barcelona’s and Real Madrid’s of this world can retain their talent, why can’t we? It’s always possible that Juve take this opportunity to improve Pogba’s current contract in an effort to ward off any possible suitors, be they Spanish, English, French or any other.

If, however, Paul does want to leave, it will be with some sadness that we’d bid farewell, but the decision would be his and I’m sure most would respect it…..even if they didn’t fully agree with it. He’s given everything on the pitch over the last 4 seasons, won titles, endeared himself to the supporters in so many ways and helped revive the fortunes of La Vecchia Signora. Some things you can’t put a price on.

My own personal hope is that he remains for years to come. Not because he’s a superstar, a brand, a face for the advertising boards, a marketable player, a commodity….he might be all those things, but he’s also a Juventino. He’s a symbol of the clubs return from the doldrums, a precocious talent who forced his way into one of the strongest midfield’s in Europe, not because of his reputation, but because of his pure, unbridled talent. A player who forced a move to Juventus when his agent warned him against it. A player who has professed his love for the club, over and over, throughout the years. Loyalty matters more to me than any amount of money – That sounds unduly sentimental, cliched even….but it also happens to be true.

I’ll sign off with this nice moment following France’s 2-0 victory of Germany last night. Pogba and Evra hijack the interview, as only they can, and address Allegri: “We’re in the final so we can get an extra week of vacation before returning to Vinovo!”