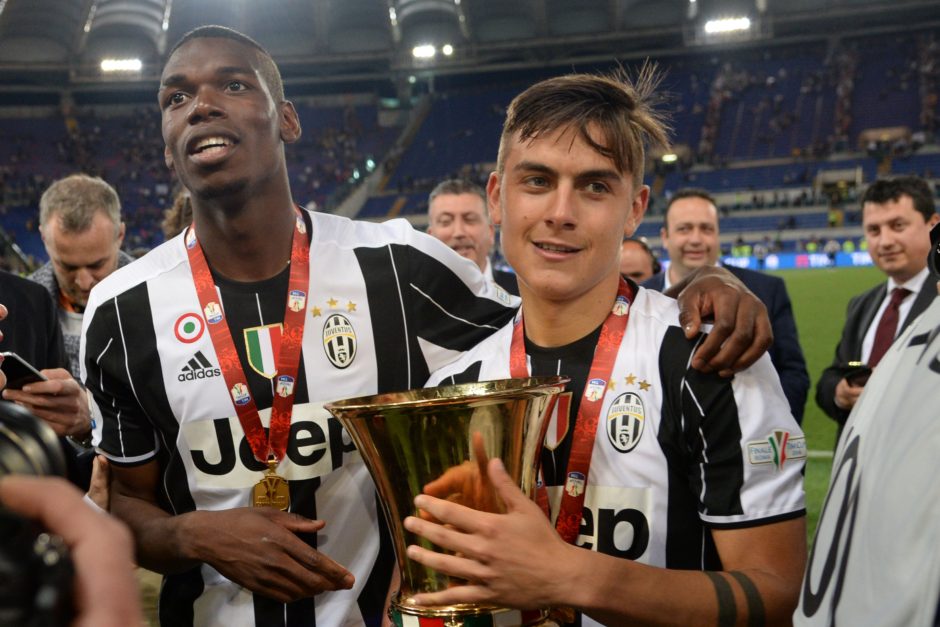 Paulo Dybala believes the Bianconeri are “on same level as Barcelona, Real Madrid and Bayern Munich now” and is convinced Paul Pogba will remain at Juventus.

The Argentine international spoke with La Gazzetta dello Sport and Tuttosport about his season at Juventus, the signing of Miralem Pjanic and the campaign ahead.

“I’ve been at Juve for only one year and never thought of leaving. I had a great season, they love me in Turin and I am very happy.

“With Dani Alves and Pjanic, we can win the Champions League.

“Juventus are on the same level as Barcelona, Real Madrid and Bayern Munich now. We went so close to victory in the Final two years ago and last time were eliminated by Bayern with 30 seconds to go. We were just a little unlucky, that’s all.

“I always used to watch Barcelona and remember well that Leo Messi would move to the right and exchange passes with Dani Alves. Dani is a very technical player who will help us a great deal in defence, while in attack I hope he can help me score many goals.

“I must admit, I was surprised by Pjanic arriving at Juve, as I really did not expect it. I didn’t read the papers for a couple of days, then suddenly he was in the squad. I’m not surprised he moved from Roma to Juve, as many players want to join us.

“He can teach Pogba and I to improve our free kicks when we have our post-training session challenges. Pjanic will have no argument with me, as I shoot from the right, him from the left, at most he’ll have to see it out with Paul…”

Despite the rumours linking Paul Pogba to Manchester United, Dybala is confident his friend and teammate will remain in Turin.

“I know Paul well, he is very relaxed. When he was criticised at Juve, he gave his best as a reaction. He doesn’t suffer from pressure. When someone is that good, it seems surprising if he has an off game.

“Pogba is staying for certain. I heard from him and in my view he is staying with us. We didn’t talk about football, but we did talk.”

Turning his attention to the EURO 2016 tournament, Dybala offered his view on Italy’s efforts so far and the upcoming match against Spain.

“Italy looked good apart from the last game with the Republic of Ireland, when they had made many changes,” he told La Gazzetta dello Sport.

“It’ll be a great battle, as Spain play good football, so I hope it’ll be entertaining and with many goals.

“I am cheering on Italy and also my Juve teammates. I hope both Alvaro and Simone Zaza find the back of the net.

“He’ll be a big loss considering everything he’s done, but also the rapport we had. He’s a great man and a great friend who helped me so much at the start.

“I’d be happy if he could come back to us anyway. In any case, I will not be taking his Number 9 jersey. I am keeping my 21.”