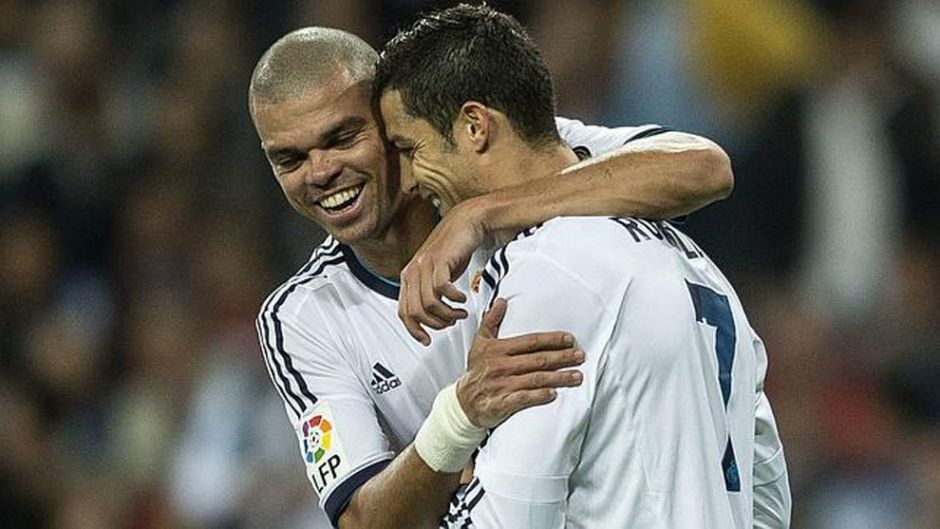 Pepe and Ronaldo have been friends for a very long time and both were teammates at Real Madrid and the Portugal national team.

Interestingly, they have never played against each other and the defender is excited about coming up against him today.

Juve are in Portugal for the first leg of their Champions League round of 16 match and they will be keen to make the next round.

Ahead of the match, Pepe spoke about the Juventus team and admitted that they were favourites for the game, adding that they have top players including Cristiano Ronaldo whom he considers the best in the world.

He says they will do their best and listen to their manager so that they can get something from the game against Andrea Pirlo’s side.

On his relationship with Ronaldo, he adds that he has never faced his compatriot before and it will be special to be on opposing sides in the game.

“We hope to win, but also know that it’s going to be very difficult,” Pepe told the official UEFA website as quoted by Football Italia.

“Juventus are a team who can count on some great players, including the best in the world Cristiano Ronaldo, so it won’t be easy.

“We’ll give it our best and will try to follow the indications of our coach so that we can fight over the two legs to reach the next round.”

On Ronaldo, he adds: “It’ll be special to face him, as I’ve never actually played against Ronaldo throughout my career. I trained with him many times, though.

“It’s Porto against Juventus more than Pepe vs Ronaldo, though, and I hope we can beat Juve for the first time.”

“Juventus will always be in the heart.” Kean sends a message to Juventus