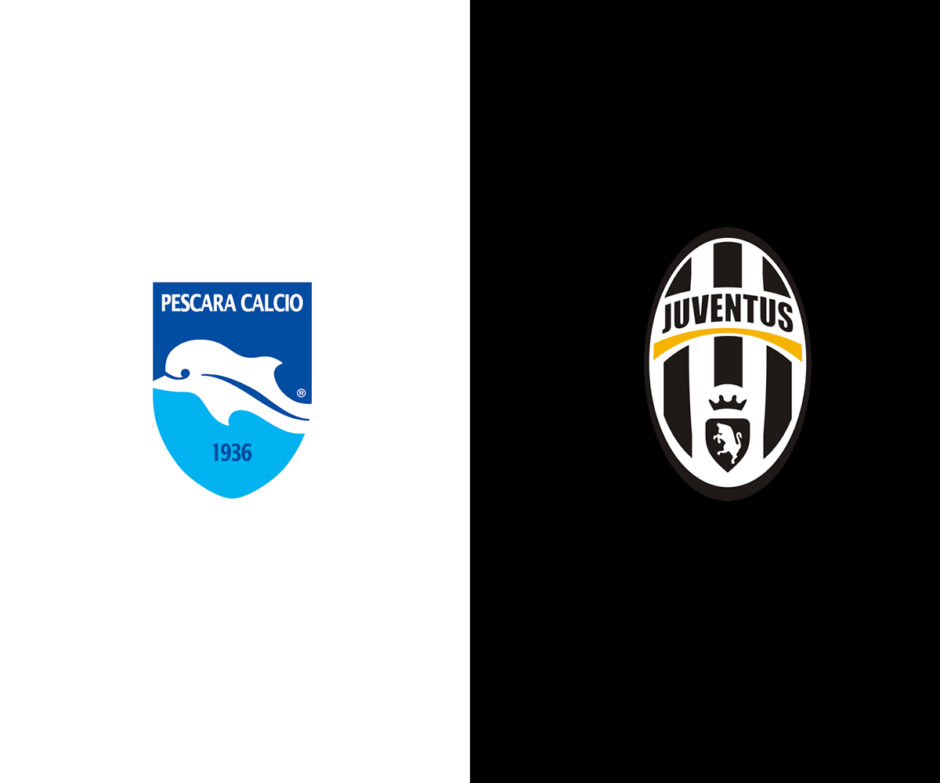 What a game for Juventus against Barcelona: a performance for the ages. The Bianconeri delivered what we have been asking them for quite some time: to be assertive, imposing against an European powerhouse in Champions League. While obviously the Blaugrana were dangerous from time to time due to their incredible talent, and it would not be a great Juve match without a stunning Gianluigi Buffon save like the one against Andres Iniesta, the result was perfect, the first half impeccable. Unfortunately, considering what happened to PSG, we still have to sweat for few days to be sure about advancing to the semi-finals, but we can be optimistic.

There is a match before that and the opponent is Pescara. Every game is worth three points and with Roma lurking, Juventus need to take care of business once again in Serie A. It will be very hard to not think ahead to Wednesday, but this is where the coaching staff needs to step in and maintain the focus on the task on hand.

It looks like there will be a complete overhaul of the lineup to keep the men that will be fielded at Camp Nou fresh. Leonardo Bonucci is conveniently suspended: he will be replaced by Andrea Barzagli. Along with him there will be either Daniele Rugani or Medhi Benatia: Giorgio Chiellini played his best game of the season when it was needed the most and capped it off with a gorgeous header, his physicality will be sorely needed next week. Changes on the flanks as well: Stephan Lichtsteiner and Kwadwo Asamoah will start. The Ghanaian almost played against Barcelona as well and that would have been a nice recognition for the work he has done in the past few weeks, but I am glad Alex Sandro featured and put together a monster performance against Leo Messi, containing him almost to perfection.

Miralem Pjanic has been carefully managed over the last two months and I have the suspicion that he is dealing with some nagging stuff. Sami Khedira has played in almost every game and will be given a day off. So, it looks like we are headed for a new couple in the midfield: Claudio Marchisio and Tomas Rincon, unless the Bosnian playmaker finally plays two games in a row. As we know, the alternatives are scarce upfront. Mario Mandzukic, Paulo Dybala and Gonzalo Higuain will feature from the kick-off, as confirmed in the pre-game presser. Juan Cuadrado could rest, with Mario Lemina taking his place. Neto will play for Buffon.

What a couple of days for La Joya: first he shone against Barcelona and his idol Messi, then he penned a five-year extension with the club. He is now reportedly the top earner in the squad alongside Higuain: a much deserved raise that will hopefully keep him in Turin for many seasons to come.

The situation in Pescara is desperate: they are in last position, nine points behind Empoli. Last week, they failed to win the head-to-head match and thus they did not get any closer to avoiding relegation. They have recently hired Zdenek Zeman but his spark pretty much died out after a win against a struggling Genoa. It seems like they appointed him more to evaluate some youngsters ahead of the next season in Serie B than to save the club this year.

They adopted his usual 4-3-3 style but they have not many dynamic players that suit the Czech coach’s playing style. They have tried the usual move in January: adding a bunch of veterans who have been in this situation before and could maybe help out with their experience. It turned out that most of them were washed up: Alberto Gilardino immediately hurt his knee and never played again, Cesare Bovo and Guglielmo Stendardo have missed time with injuries as well. They have drawn against Milan as well, but so far it has been an uninspiring stint for Zeman.

They will be without Stendardo, who is dealing with a foot injury, Gilardino, Cesare Bovo, Davide Vitturini and Simone Pepe on Saturday. There is not much clarity about the ailment of the former Juventus fan favourite, but he recently spoke like a player who is ready to retire.

They have launched Mamadou Coulibaly in the midfield in place of Valerio Verre, who has already been purchased by Sampdoria. His agent promptly stated that he is worth three Paul Pogbas, not putting any pressure on him at all. Juventus are already on his trails: it will be a nice chance to scout him directly, maybe it will be a similar situation to what happened with Rolando Mandragora.

Jean-Cristophe Bahebeck is dealing with some muscle fatigue and missed the last game: Alberto Cerri could take his spot. Ahmad Benali has had flu-like symptoms and he is reportedly not going to recover, although he made it in the squad list: they have few offensive options, like Gaston Brugan, Alexandru Mitrita and Robert Muric, but I think it is likely that they advance Francesco Zampano, like they have done against Atalanta, and insert Alessandro Crescenzi in the defence.

Hugo Armando Campagnaro, Michele Fornasier and Andrea Coda are battling for the two CB’s spots. The fullbacks Zampano, Cristiano Biraghi and Crescenzi have been pretty much their only positive notes beside Gianluca Caprari, who has had a decent season and is set to be used as bargaining chip by Inter this summer. They midfield should be composed by Coulibaly, Sulley Muntari and Ledian Memushaj: a very muscular trio.

Their defence has been dismal this season, but they have recently drawn with Milan at home, where they play with a little more intensity. They attack a lot, not with the most efficacy but at least they give an effort on that end, so some precaution is needed. 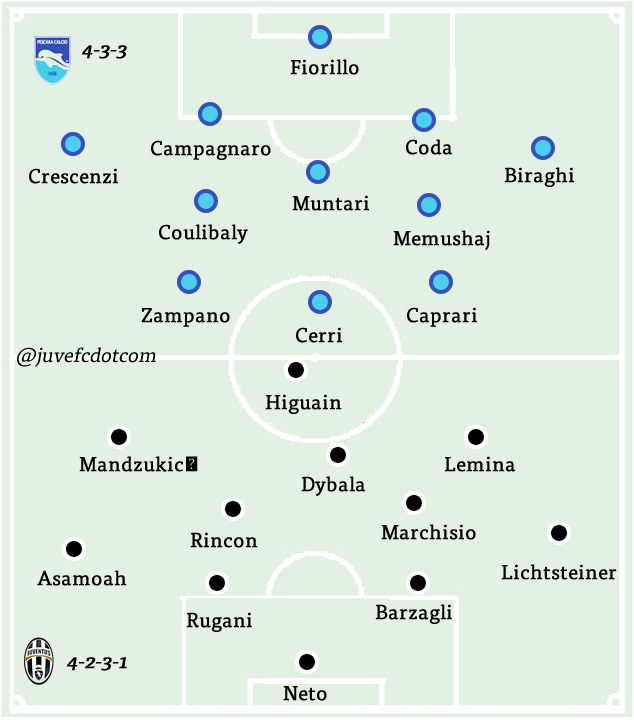