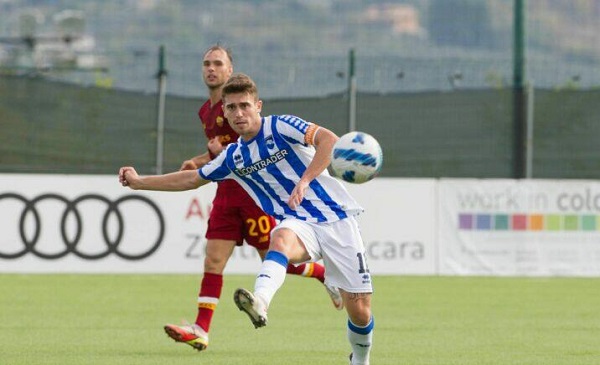 Armand Kuqi is one of the budding players in Italy’s Primavera competition and he has been tipped to do great things in the future.

He currently plays for the youth team of Pescara and has been scouted by bigger clubs in recent seasons.

A move to Juve could be on the cards for the 20-year-old who is of Albanian origin.

Calciomercato claims he models his game after Arturo Vidal, who is also his idol, and he hopes to emulate the Chilean midfielder by playing for Juventus in the future.

His game is seen as being suited for the Spanish and Dutch leagues, but the midfielder is only thinking about a career in Italy and hopefully at Juventus.

We have some of the best youngsters in Italy in our youth teams all hoping to break into Max Allegri’s senior side.

Kuqi will most likely be sent to the under-23 side if he makes the move to Turin soon, but that will also not be a bad thing because it will keep him close to the senior side.

He still has a lot to learn and he probably needs to play for the Pescara senior team regularly and show them what he can do before he makes the leap to a top club like Juve.

Money talks, here is what Agnelli earned as president of Juventus last year