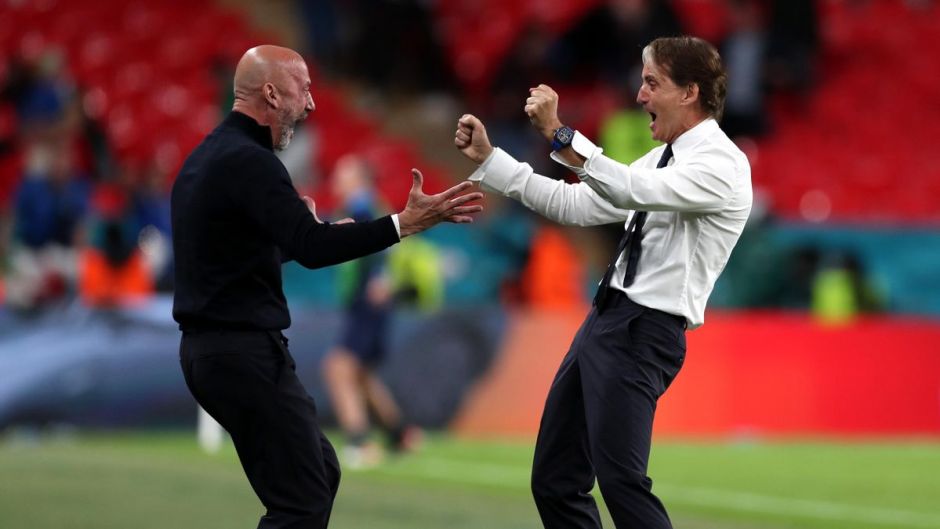 Pessina: “Vialli then looked at me and said I would go there”

Blessed with a great group of talent, Italian national team manager, Roberto Mancini, must have found it difficult to pick his final 26-man squad, whilst leaving the rest behind.

Nonetheless, the former Inter and Manchester City coach eventually made the right picks as proven by the results, and the Azzurri lifted their second European Championship at the expense of England on their own backyard in Wembley.

For one player however, things could have turned out to be very differently. Matteo Pessina was initially left out from Mancini’s final squad, before being recalled following Lorenzo Pellegrini’s injury.

The Atalanta star ended up scoring two goals in the tournament, including a vital extra-time strike against Austria in the round of 16.

However, the midfielder revealed that even when he was initially left out, Gianluca Vialli reassured him that he’s going to be a part of squad eventually.

“When they explained to me that I would not start at the European Championship, Vialli then looked at me and said I would go there and I would do well anyway,” Pessina told Sky Sport Italia as translated by Football Italia.

“In the end, it went like this and I couldn’t be happier.”

The Juventus legend acts as a delegation chief in the national team, and is longtime friends with Mancini following their golden days at Sampdoria.

“It was the first time we went behind and we weren’t used to it,” Pessina said when talking about the final against England. “For the first five minutes, it felt like a nightmare.

“Even I was scared on the bench. But after those five minutes, we thought we would turn it around and win it. We all felt that something and we felt this cup was ours.”

On Monday, the Azzurri celebrated by parading in the streets of Rome, and Pessina revealed that Leonardo Bonucci was the one who fought to ensue it.

“Leo fought a lot, because it was right that we celebrate with the fans. We fought and they gave it to us.”

Juventus veteran was reportedly proposed to Inter before extending his contract

Two Juventus stars in Euro 2020 team of the tournament – (Video)