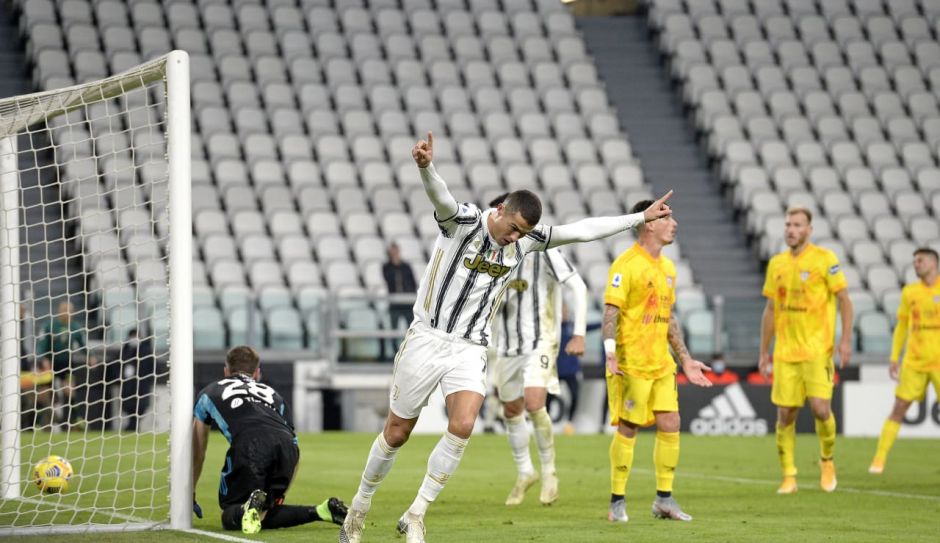 Pirlo admits he is ‘lucky’ to have ‘young man’ Ronaldo

Andrea Pirlo has expressed his delight in having Cristiano Ronaldo available to him this season, and claims Juventus are ‘lucky’ to have him.

The Portuguese has been in amazing form this term, scoring eight times in only five Serie A outings, scoring in each of league fixture thus far.

His performances have certainly not gone unnoticed, and he is playing well beyond you would expect for a player his age, but of course we are not talking about just any player.

Cristiano Ronaldo is a superstar, with an amazing work ethic, and his manager has gone as far as to name him as a ‘young man’, and a ‘real champion’.

‘He is a great professional, as we already knew,’ Pirlo told DAZN after the win over Cagliari (via the DailyMail).

‘He is a real champion and sets the example for everyone around him, both in the matches and in training.

‘The only advice I can give him is to keep going in the same way.’

‘We have to keep our young man like this,’ he added.

‘He gave me great availability in training, in games, for anything. His goals and goals. His talents are not natural, we are lucky that he plays at Juventus.’

It is amazing to see Cristiano in such a rich vein of form despite his advancing years, and I for one am glad that the club insists that they have no intention of allowing him to quit the club in the summer, as stated by Fabio Paratici after yesterday’s match (via TuttoSport).