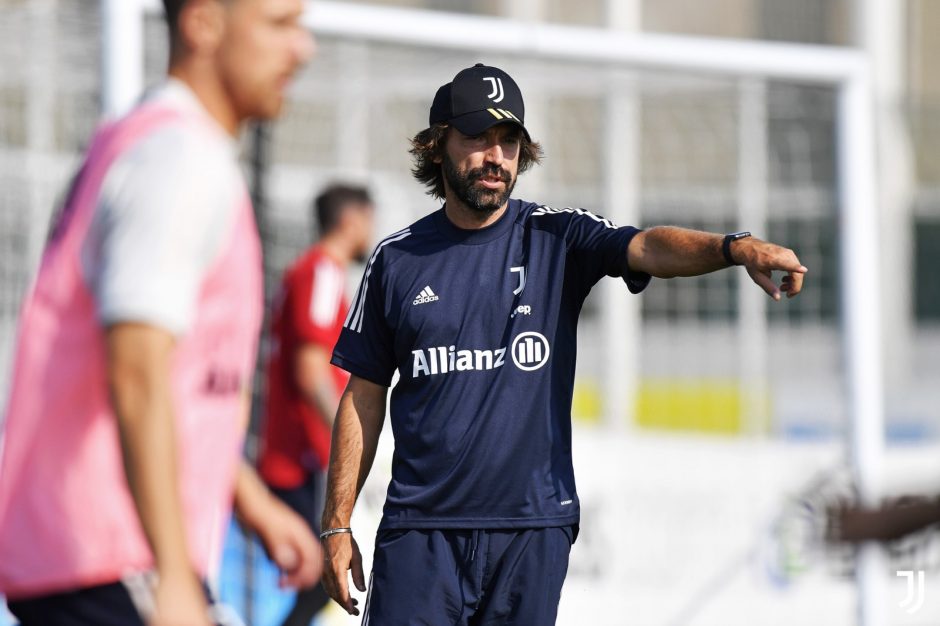 Juventus played a practice match against the Under 23 team with Andrea Pirlo alternating between a three and four man back line.

The new coach fielded a makeshift line-up that featured some of those players who have returned to training at Continassa in the last few weeks.

TuttoJuve report that Gonzalo Higuain did not participate in the warm up match, given he is expected to leave the club in the coming weeks.

Eight international players are currently on duty with their respective national sides and skipped the game, along with the three injured players, Paulo Dybala, Matthijs de Ligt and Federico Bernardeschi.

During the game, Weston McKennie and Arthur Melo played in midfield and both looked promising, with Arthur sitting in front of the back line and Pirlo stopping the game to give his instructions for how he wanted the team to play.

Montero: ‘Pirlo is loved by all of Italy’